Intex Sense 3.0 adds style to the budget-friendly segment in India 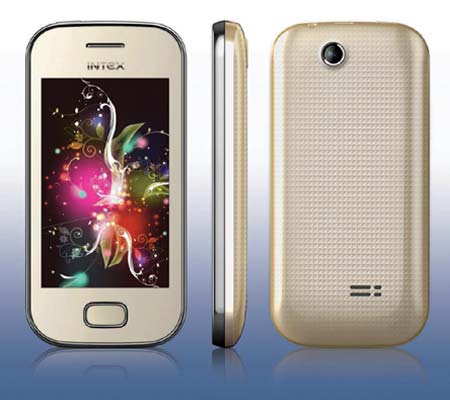 The Intex Sense 3.0 has made its debut in India donning a ‘chic’ appearance whilst maintaining a cost-effective price tag for budget-minded customers. What’s interesting here is that company has managed to fit in a wide catalog of features which should suffice for a satisfying mobile experience.

A 3.2-inch TFT LCD touchscreen is fitted to the front to navigate through menus and access content. Users will be able to slip in 2 GSM cards since the device is dual SIM-enabled. If the integrated memory falls short, a 2GB memory card is bundled with the handset. The storage can be further expanded up to 16GB. Powering up this mobile phone is a 1200mAh battery capable of delivering approximately 5 hours of talktime or around 250 hours of standby.

Sanjay Kumar, GM Mobile Business, Intex Technologies (India), commented, “Touchscreen mobile phones have taken the Indian mobile market by storm and it’s a new found craze among the young Indians. Riding on the new wave, both multinationals and domestic players have plunged into touch phones category which gives consumers a desirable opportunity to choose from a wide range of options.”

On the entertainment front, users will have access to pre-loaded games and applications such as Angry Birds, Talking Tom, Fruit Ninja and much more as well as social networking services like Facebook and Twitter. A 2MP camera centered on the upper rear panel can not only snap up stills, but also record footage. The built-in video player supports formats such as AVI, 3GP and MP4, while Bluetooth and GPRS cater to connectivity needs.

The Intex Sense 3.0 price in India amounts to Rs. 3,450 and it’s available for purchase in 3 shades, namely gold, white and silver, through distributors, resellers and several hypermarkets across the country.