Another popular smartphone maker has launched a new TV system in India, the Intex LED 3111, which offers almost 32 inches of visuals at an affordable price of Rs 23990. The new release is of course aimed at the budget-minded and for the amount being asked, it does have quite a decent roster of features to offer.

The Intex LED 3111 is quite the attractive looking TV, but certainly not the best we’ve seen. It flaunts slim bezels and looks to be pretty slim. The company notes that it weighs just about 5.7kg. The panel here is of DLED type spanning 31.4 inches wide and delivers HD visuals at 1366 x 769 pixel resolution which is acceptable given the retail tag. 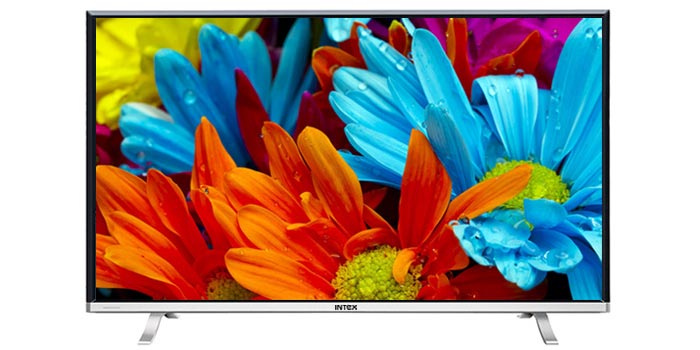 Also, the screen has a 1000000:1 contrast ratio and 16:9 aspect ratio. What’s worth mentioning is that Intex also has the LED 4000 set which is selling for just a bit more offering FHD visuals and a larger 40-inch design at Rs 24990. The HDTV in question is also accompanied by the Eye Safe T Matrix LED technology which reduces eye strain, lag time and also power consumption.

For audio output, the LED 3111 features dual 10W speakers, while a decent array of connectivity option are also available. They include Composite AV input and output, 3 HDMI ports, a VGA socket, an audio-in for PC, and a USB port. Sadly, there’s no Wi-Fi connectivity which means you will not be able to stream content directly from your smartphone or tablet.

The Intex LED 3111 HDTV falls in the same range as offerings from popular names such as Samsung and LG. So at Rs 23990, it’s quite a hard sell, albeit Snapdeal seems to be offering the same model at just Rs 15500.