Earlier this month, the Intex Aqua HD went up for grabs online sans an unveiling. The company has now made the device official and it has also introduced a new budget phablet, the Aqua i4. Both handsets are powered by Android 4.2 Jelly Bean and the former is said to be eligible for software update via OTA.

The Aqua HD caters to the mid-range segment carrying toned down specifications compared to the i7 that sports a 1080p display a, 1.5GHz quad core CPU, 2GB of RAM and a 13MP camera. The device in question is powered by a 4 core CPU that’s clocked at 1.2GHz and the system memory is slated at 1GB. The cameras are the same on this model, a 13MP AF snapper for the rear and a 5MP webcam for the front, while the display is slightly smaller at 4.7 inches with 720p resolution. 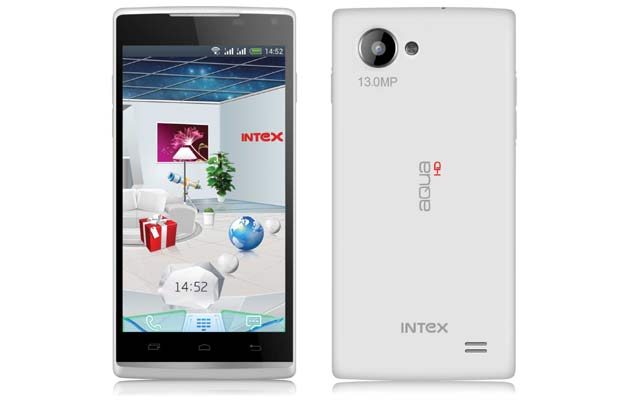 There’s an 1800mAh battery to get things up and running, which can deliver up to 6 hours of talktime. You’ll also get Wi-Fi and Bluetooth 4.0 as well as various pre-loaded apps such as NQ Mobile Security, My Screens, Intex Zone, Navigation, News and Weather, Opera Mini and GTalk amongst others. The Aqua i4 dons a 5-inch touchscreen with FWVGA resolution. This phone is high on storage carrying 32GB of flash memory, but its 1.2GHz dual core processor is a bit of a letdown. The phone delivers an 8MP rear snapper, a 2000mAh battery and dual SIM support that’s also present on the HD model. 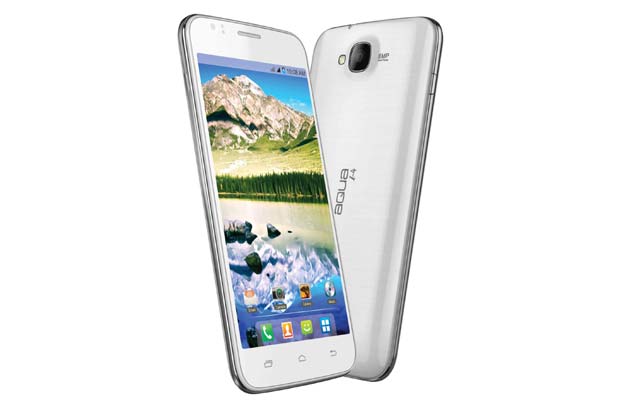