Intex has been dying to show off its true octa core smartphone for sure. Just a day after MediaTek took the covers off its MT6592 processor, Intex has rolled out a prototype of the aforesaid device along with a tentative price. Now we’re just waiting for Huawei to unveil its Honor 4 or Glory 4 handset running the same SoC.

As for the Intex phone, it’s going to carry the MediaTek octa core chipset clocked at 1.7GHz. The difference between the MT6592 and competing octa core processors (like the Exynos 5 Octa before its recent refresh), is that the former can run all 8 cores simultaneously. 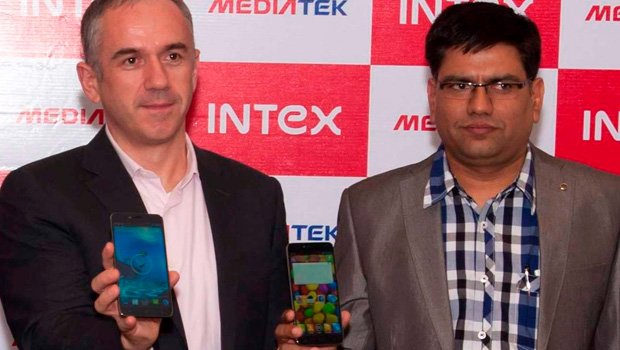 This is supposed to be great for balancing power consumption as well as performance. But a device is all about the hardware and software working in harmony; so let’s hope Intex pulls this off well. The prototype in question is a sleek-looking phablet with three capacitive buttons sitting below its display.

The touchscreen nailed across its front is a 6-inch one with 720p HD resolution. On a side note, the MediaTek SoC can handle Ultra HD 4Kx2K H.264 video playback. The Intex handset will get its steam from Android Jelly Bean 4.2.2 and use 2GB RAM. There’ll be 16GB or 32GB ROM, a 13MP main camera and a 5MP webcam.

The phone will be released in the earlier half of January 2014. Its price is expected to hover around Rs 20,000, firmly placing it in the mid-range segment. But that’s where all the smart players are at. After all, not too many people can afford an iPhone or Galaxy S4.