Intex has decided to shed some light on its upcoming smartphone based on the Firefox OS in India, which it will call the Cloud FX. The handset will go official in August carrying a super affordable price tag of under Rs 2,000.

Intex has also provided a few details about the Cloud FX smartphone. The handset will have a 3.5-inch display with HSVGA resolution as suggested by Mozilla. Powering up the device will be a 1GHz processor and while the make hasn’t been disclosed, we’re pretty sure it’ll be based on the Cortex A5 that excels in low power consumption. There will also be a 2MP rear camera along with connectivity features such as Wi-Fi and Bluetooth. 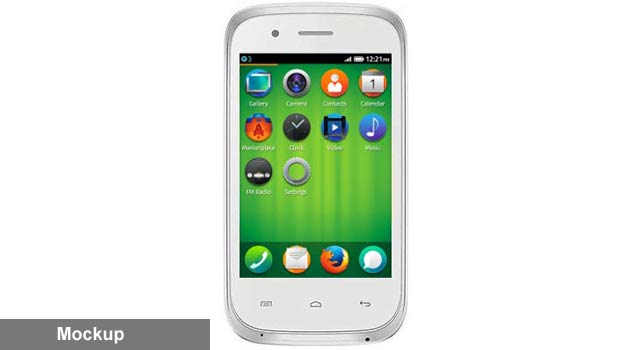 Additionally, the handset will have dual SIM support which is basically a norm in the India budget smartphone market. This capability was added to the OS last month enabling dual-standby support as well, and there’s a SIM Manager UI that offers a convenient interface for managing both SIM cards. That’s all we’ve got on the upcoming Firefox smartphone from Intex. Where cellular support is concerned, our best guess is that the company will drop 3G support to maintain the sub Rs-2,000 price.

You can expect the Intex Cloud FX to hit stores in the first week of August. The device will initially be targeted at tier 2 cities and rural areas. Spice is also expected to launch its own Firefox smartphone around the same time, but it’s yet to come clean about the details. This handset will also sell for under Rs 2,000.