Intex has unveiled a new smartphone called the Aqua Xtreme which is said to be its slimmest release till date. The phone also comes with crazy onboard storage and some great hardware, all for a price of Rs 11490.

The Intex Aqua Xtreme is just 6.99mm thick and there’s no word on how much it weighs. Along with a super slim design, you also get ample onboard storage as there a 32GB eMMC module integrated. And with the microSD slot, you can double the hoarding capability through a 32GB card. 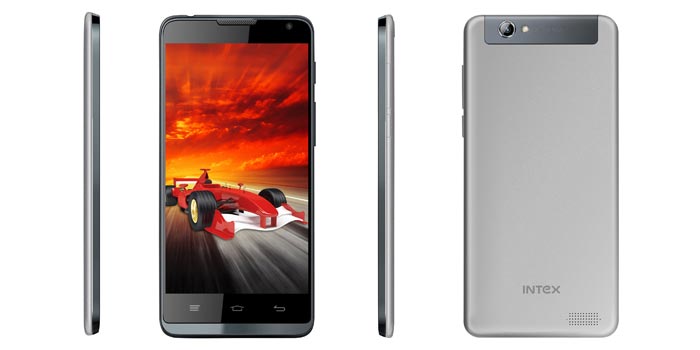 The phone positions itself as a great alternative to the Redmi Note from Xiaomi, Motorola’s Moto G and Xolo’s new Omega devices. It falls in the 5-inch category offering an HD IPS touchscreen on the front with Dragontail Glass for extra protection. It also has a 5MP selfie camera and a 13MP primary snapper which is on the rear.

This Intex handset employs a 1.7GHz octa core processor to get things done and there’s 2GB of RAM as well. A 2000mAh battery powers up the phone and while Android 4.4 KitKat comes preloaded, an update to Lollipop has been promised by the company.

The Intex Aqua Xtreme will be available through the company’s retail stores and hypermarkets across India in options of red, black and grey.