Affordable dual SIM Android KitKat smartphones in India have yet another competitor in their midst in the form of the new Intex Aqua X which can be bought for as low as Rs 2699. This device grabs specs that suit its ultra-low price tag, so you cannot expect it to offer much.

The Intex Aqua X has been fitted with a 3.5-inch display which spews its visuals out in an HVGA resolution of 320 x 480 pixels. The 4.4.2 KitKat version of Google’s mobile OS has been installed on it, and patrons can forget about any possible upgrade to the Lollipop version since such phones aren’t usually considered by their makers while releasing software updates. 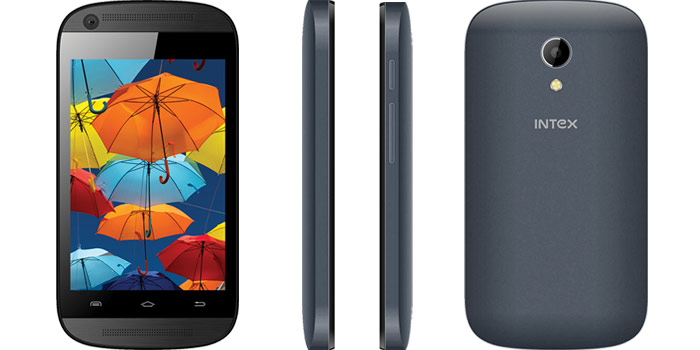 What’s appreciable is that while other manufacturers are going with single core processors for smartphones as cheap as this one, Intex has equipped its new handset with a dual core CPU that’s clocked at 1.3GHz. The RAM has been kept tied at 256MB, while the device’s storage memory hasn’t been revealed yet.

The Aqua X also features a 2MP rear camera that sits beside an LED flash. Moreover, a VGA front snapper has been granted to it as well, aside from other components like a 1200mAh battery, a gravity sensor and more.

A neat look at the specs of the Intex Aqua X:

The Intex Aqua X has so far only been listed on the company’s official website, but there’s no word on when it will be made available for purchase in the Indian market.