Intex has announced the launch of its new Aqua Style Pro in India which falls in the sub-Rs 7000 segment of smartphones. If compared against other similarly priced handsets, it offers nothing out of the ordinary though its higher resolution 8MP camera can be considered a distinguishing factor, if one is to be searched for.

This Pro-branded smartphone is actually a slightly upgraded version of the Intex Aqua Style which was launched only a few days back, with its price tagged at Rs 5990. If both are to be compared, the additional Rs 1000 will fetch you a better camera, a bigger display, an improved battery and more flash storage. 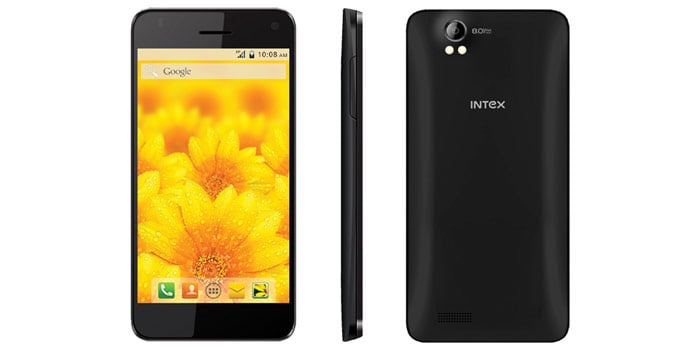 The Intex Aqua Style Pro from Intex comes equipped with a 4.5-inch FWVGA display which has its resolution tied at 480 x 854 pixels. Like we said, an 8MP camera sits pretty on its rear surface, whereas a 2MP front snapper has also been granted to it. A 1.2GHz quad core processor powers it from within, while taking assistance from 1GB of RAM.

Also see: Google’s Android One could enlist Celkon and Intex as partners, HTC in talks as well

The Intex Aqua Style Pro features 8GB of storage which can be expanded further up to 32GB. Keeping with the trend among Indian manufacturers, it runs the Android 4.4 KitKat OS.

Here’s a full look at the specs of the Intex Aqua Style Pro:

The dual SIM Intex Aqua Style Pro is set to be sold in white and black color options, and will come bundled with a free flip cover as well.