Among the pool of Android KitKat smartphones being offered by Indian manufacturers right now stands the newly released Intex Aqua Style which can be bought at a price of Rs 5990. This device carries onboard a quad core CPU and possesses dual SIM capabilities, supporting WCDMA and GSM 3G networks on its slots.

With the Aqua Style, Intex has launched a new range of smartphones targeted towards the youth. The company has roped in Tollywood actor Sudeep as its brand ambassador for Karnataka. He will be the face of Intex through various TV commercials and brand activations, but only in the said Southern state. 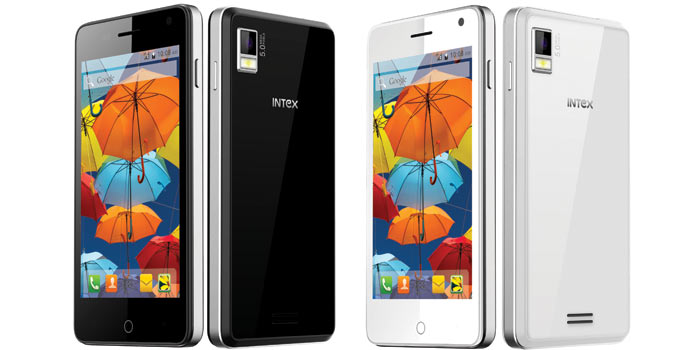 Coming back to the handset in question, it is the beneficiary of a 4-inch WVGA touchscreen display. It comes equipped with 1GB worth of RAM and 4GB of in-built storage which can be expanded further up to 32GB by means of its microSD card slot. The Intex Aqua Style furthermore kicks in a 5MP rear camera, whereas its front is adorned by a 2MP selfie unit.

Here’s a quick glance at the main specs of the new Intex Aqua Style:

Various retail stores, hypermarkets and leading e-commerce portals will soon be seen selling the Intex Aqua Style in its white and black color options. Although its price is set at Rs 5990, purchasing it with a flip cover takes that amount up to Rs 6290.