After the Aqua i7 and the Aqua i5, Intex Technologies has introduced another phone dubbed Aqua i6 in this lineup of devices which is famous for its mid-range smartphones. The handset in question seems like a decent option for users on the lookout for a feature-rich mobile companion in the sub-10K category.

It is basically a phablet that follows the current norm to bring a 5-inch touchscreen as well as a quad core processor amongst other things. The phone’s display is capable of rendering visuals in 480 x 854p resolution and is accompanied by a 2MP webcam for facilitating video conferencing. On flipping the gadget over, users will notice a primary camera with an 8MP lens featuring common attributes like flash, digital zoom, ability to record videos and more. 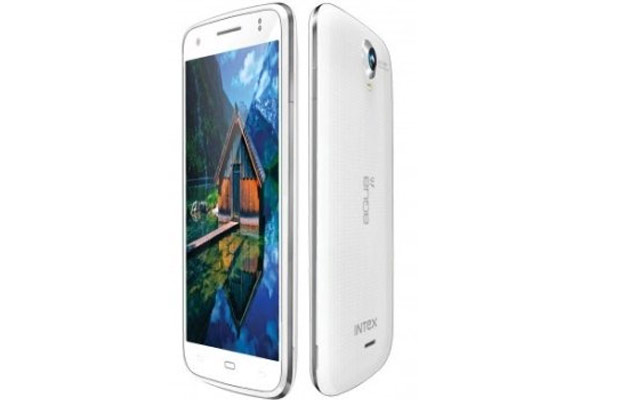 The Intex phone makes the most of the Android Jelly Bean platform which is primarily responsible for the intuitive interface and even tags along various Google mobile services. Its chipset seeks assistance from a Mali 400 MP2 GPU and 512MB of RAM. Speaking of memory, there’s merely 4GB of onboard storage within the gadget, but it can easily be increased further by up to 32GB using a microSD card.

Dual SIM card slots are also present and the 3G-enabled device boasts of a 1900mAh battery which coughs up the juice for talk time of close to 6 hours. The Intex Cloud application is pre-installed in the gadget with BigFlix, Zapak, Matrabhasha and other such apps and potential buyers can expect 5GB of free cloud storage too.

The Intex Aqua i6 is slated to be made available in India for a price of Rs 8,990.