Intex Aqua i5 Octa with impressive specs debuts in India, priced at Rs 7499

In the form of the Intex Aqua i5 Octa, the Indian company has introduced a power-packed smartphone which can be yours at an unbelievably low price of Rs 7499. As its name indicates, this device houses an octa core processor and runs the Android 4.4 KitKat OS.

The company claims to have blessed the Intex Aqua i5 Octa’s body with metal molding; whatever that means. But what’s worth noticing is that this form factor has a thickness of just 9.6mm. 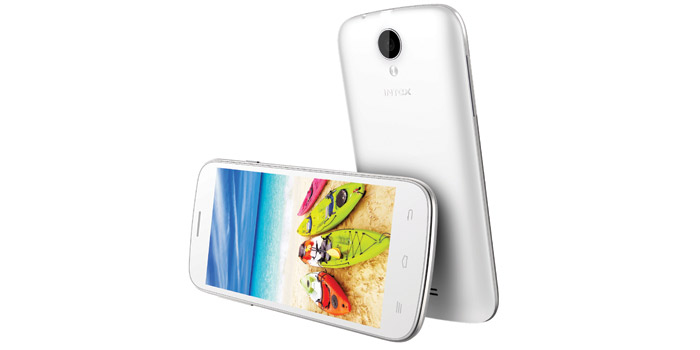 A 5-inch display that offers its visuals in qHD resolution has been granted to the Intex phone, apart from a 1.4GHz octa core processor. Not only that; this handset plays home to a 13MP rear camera as well. Its front snapper happens to be 5MP in capacity.

Also Read: Lava Iris Selfie 50 is the cheapest mid-range selfie phone you can get in India

While 1GB worth of RAM has made its way to the Aqua i5 Octa, its internal storage memory has been kept locked at 8GB. However, there’s support for further expansions of course, which can be done with the help of its microSD card slot capable of offering up to 32GB of additional space. Furthermore, the battery on this dual SIM handset is of 2000mAh capacity.

A short look at the key specs of the Intex Aqua i5 Octa:

The Intex Aqua i5 Octa exists in white, black and blue color options and is available for purchase now exclusively through Amazon at its above mentioned retail value of Rs 7499.