Intex has dropped a bomb in the budget smartphone market through its Aqua i5 HD smartphone which has features that put it in the mid-range segment and a price that makes it as affordable as an entry-level handset. The phone cost just under Rs 10,000 and it’s the successor to the i5 which was launched around a year back.

Like its predecessor, the Intex Aqua i5 HD also features a 5-inch display, but the overall design has been modified to have subtle curves on the sides. The smartphone offers visuals in 720p HD resolution and it runs on Android 4.2.2 Jelly Bean with an update to KitKat scheduled for release in the future. There are dual cameras as well, a 5MP front snapper and a 13MP rear lens. 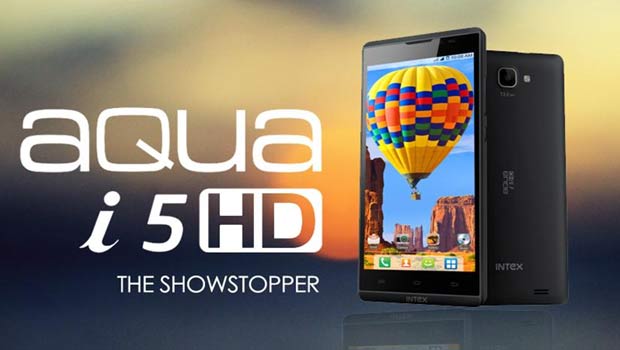 The smartphone comes with dual SIM support with WCDMA compatibility on only one slot. At 8.5mm thick, Intex has thrown in some pretty decent hardware. A 1.3GHz dual core processor does the heavy lifting with 1GB of RAM and there’s 4GB of built-in storage as well as a microSD card slot that supports up to 32GB. Lastly a 2000mAh battery powers up the phone.

On paper, the Intex Aqua i5 HD gives the widely popular Moto G a run for its money, but we’re yet to see how well it performs. The smartphone is currently on sale across India for Rs 9,990.