The Intex Aqua i15 is yet another smartphone apart from the Aqua Curve and a range of Cloud devices that have appeared on the company website without an official announcement. Nothing has been mentioned about its price or release date as of now and the handset is yet to show up on any of the online retailers.

The listing on the official portal reveals that the Intex handset will come drenched in three shades, blue, white and black. It is a huge phablet featuring a 6-inch IPS capacitive touchscreen that has a resolution of 960 x 540 pixels. A 2MP camera is present for facilitating video conferencing, whereas an 8MP snapper has been thrown into the mix for allowing users to capture images as well as videos. 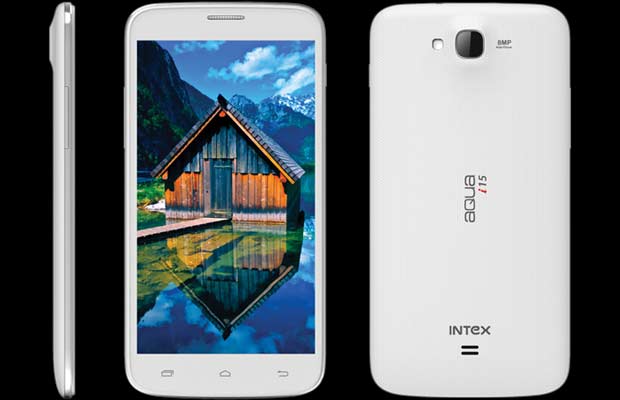 A quad core processor ticking at 1.3GHz resides under the hood and seeks assistance from 512MB of RAM for ensuring smooth multitasking. The phone is powered by Jelly Bean 4.2.2 and a 2400mAh battery is responsible for keeping it charged for a long usage life. Also, there’s 4GB ROM in the smartphone which is expandable by up to 32GB using a microSD card.

Additionally, devices like the Cloud Y11, Y12, X11 and X1+ have also been spotted on the Intex site. All of these phones are based on the Android OS and fall in the entry-level category. The Y range gadgets have a 4-inch display each, whereas the X smartphone mentioned here offer multi-touch real estate of 3.5 inches. 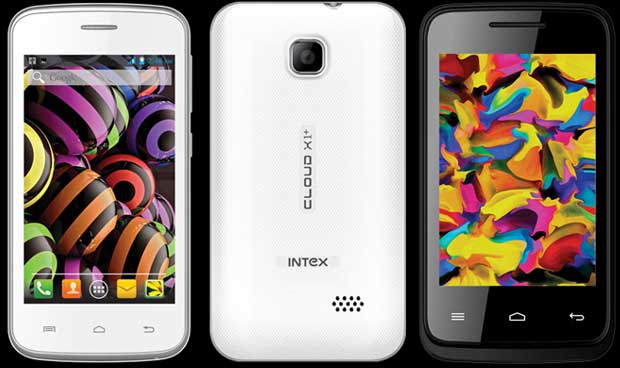 As we said, availability details of the Intex Aqua i15 as well as the Cloud smartphones are under wraps.