One of the most common sources of smartphone leaks in India is a result of the company’s or seller’s carelessness. Take the Intex Aqua Curve for example. The device was prematurely spotted at the OEM’s website ahead of its launch. From its design to features to specifications, almost everything is known about the handset except for a price and release date.

The company was quick to pull the product page for the Intex Aqua Curve, but a cached copy of it is still available. Based on the information provided, the smartphone will be an affordable option that could sell for below Rs 10,000. The device comes with a 5-inch display that sports an OGS curve panel with 960 x 540p resolution. 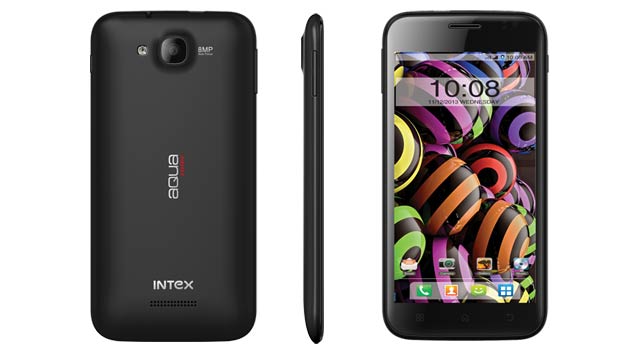 The Aqua Curve runs Android 4.2.2 Jelly Bean and it gains steam from a 1.3GHz quad core processor. The company has also thrown in dual SIM slots, 1GB of RAM and 4GB of flash storage. There are dual cameras onboard, 2MP front and 8MP rear with flash.

Here’s a brief look at the specifications:

Earlier this month, the company announced the Rs 19,999 Aqua Octa which comes with an eight core MediaTek processor as well as other interesting features. Intex also showed off the Aqua i4+ back in December that’s retailing for Rs 7,600 with a dual core AP, a 5-inch FWVGA screen and Android 4.2.2 Jelly Bean.

While there’s no indication on when the Intex Aqua Curve will go official and for how much, we do know that the smartphone will arrive in blue, red and black color options.