Intex Aqua Curve looks to impress with its curved display, priced at Rs 12,490

Claiming to be the first domestic company to launch a curved display-equipped smartphone, Intex has showcased its Aqua Curve handset which has been priced at Rs 12,490. Grabbing a 5-inch One Glass Solution based panel, this handset also offers quad core processing power and the benefits of Android Jelly Bean.

Of course, the device in no way poses a challenge to the LG G Flexes and the Samsung Galaxy Rounds. And although it grabs a curved panel, its body still remains straight. We’re yet to go hands on with the Intex Aqua Curve so we can’t tell you exactly what’s on offer. But it seems a slight vertical curve on the display sheet is all that it’s boasting about. The resolution on this screen has been locked at 960 x 540 pixels. 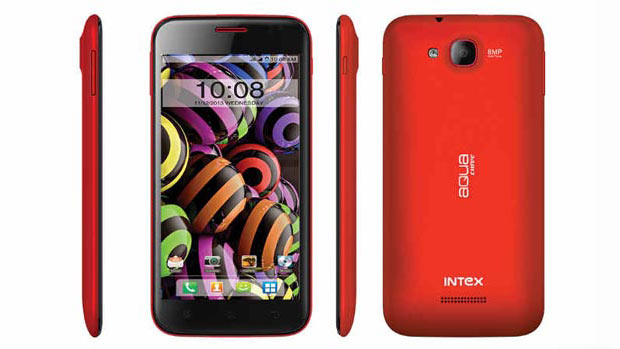 Furthermore, the Aqua Curve runs on a 1.3GHz quad core MediaTek MT6582 processor which takes assistance from 1GB worth of RAM. An 8MP camera has been placed on its rear surface, just besides an LED flash. There’s a 2MP front camera in the offing as well. This dual SIM handset supports Wi-Fi, Bluetooth, 3G and GPS, while a 2000mAh battery provides it with the necessary juice to run its operations.

Available in three different colors namely, red, blue and black, the Aqua Curve should soon hit stores and online outlets in India, tagged with its above mentioned price.

Here’s a quick glance at the Intex Aqua Curve specs: