Dubbed Aqua Curve Mini, the latest smartphone Intex has to offer has entered perhaps the much challenging new price bracket in India. With a retail value that reads Rs 7290, it finds bigwigs like the Motorola Moto E, the Micromax Unite 2, the Lava Iris X1, the Xolo Q1000 Opus 2 and more as its competitors.

All these smartphones have one more thing in common which Intex hasn’t forgotten to notice: the Android 4.4 KitKat OS. The company has equipped this smartphone with this latest flavor of Google’s OS in hopes of appealing to the audience which is demanding new software. 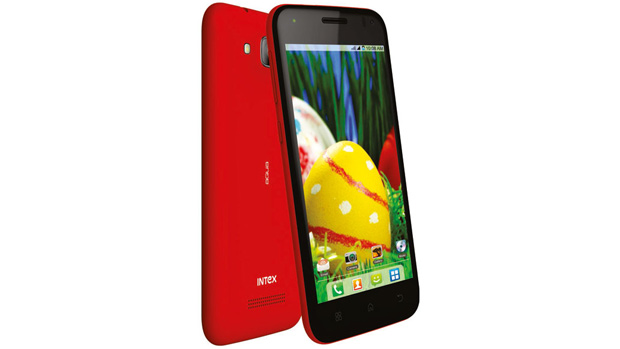 Targeted towards students and young professionals in tier 2 and 3 cities within the country, the Aqua Curve Mini offers dual SIM support and works on a 1.3GHz quad core processor which is granted company by 1GB of RAM. A 4.5-inch IPS display possessing an FWVGA resolution of 480 x 854 pixels forms part of its offerings as well.

Also Read: Intex gets into the Android KitKat game with Aqua i14 and Aqua N15

4GB worth of storage has been built into it, aside from a microSD card slot which can take an additional 32GB. Intex has chosen to grant a 2MP front camera to the handset, aside from an 8MP rear one. There’s a 1500mAh battery present in the package as well.

Here’s a short look at the specs of the Intex Aqua Curve Mini: