Yet another affordable Intex smartphone has hit the market, the Aqua AMOLED, and this one attempts to standout from the crowd by offering a superior display. As the name suggests, the handset features an AMOLED panel which is most commonly found in Samsung smartphones.

Well, displays of such have caught the sights of local OEMs in India. Micromax already has a couple of handsets with AMOLED screens in the market, namely the Canvas 4 and Canvas Hue. While these phones fall in the mid-range segment, the Intex Aqua AMOLED is an entry-level release. The screen size is 4 inches, but the biggest downside is the resolution which is listed at 640 x 360 pixels. 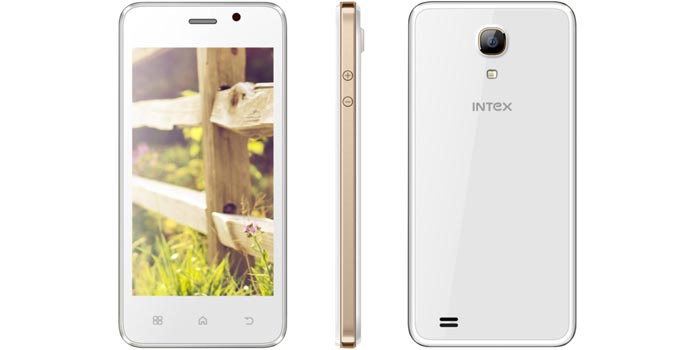 Where design is concerned, the Intex handset is a decent looker as it flaunts a white finish on the front and back, while the frame in the middle has a golden hue. The company has also included a front-facing VGA camera, while the rear has a 5MP shooter with an LED flash.

Also read: You can now buy the Xiaomi Redmi 1S for cheap from here

Coming to the innards, the Aqua AMOLED is powered by a 1GHz dual core processor. There’s 512MB of RAM and 4GB of internal storage, out of which only 1.23GB is user-accessible. Nevertheless, the phone also has a microSD card slot supporting up to 32GB. Android 4.4 KitKat runs the show here and there’s a 1400mAh battery getting things up and running.

The Intex Aqua AMOLED smartphone is listed on Indiatimes Shopping at Rs 4299, but is yet to be made available for purchase.