Intex Aqua Amaze is an octa core smartphone, released in India at Rs 10690

With Xiaomi’s Redmi Note soon to hit the market, Intex has launched an affordable octa core smartphone of its own under the Aqua Amaze moniker. The new handset isn’t as cheap as the former device, but it does come packing a good deal of hardware at a very attractive price of Rs 10690.

While Micromax and iBall, both have multiple octa core devices which fall in the same category, this is Intex’s first addition. For a little more dough, you’d get the Aqua Octa handset which has an 8-core processor clocked at 1.7GHz. The Intex Aqua Amaze, however, comes with a slower version of that SOC with a frequency of 1.4GHz. 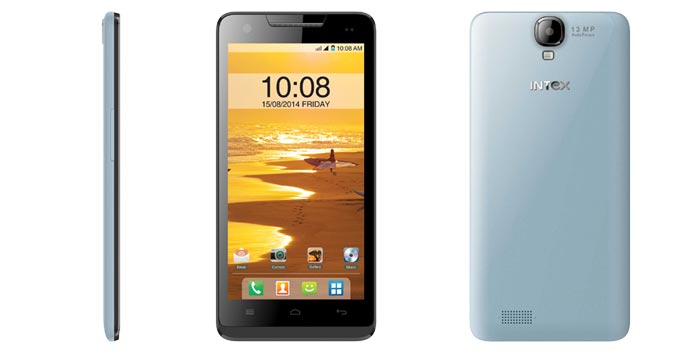 Nevertheless, this is way better than having a quad core processor clocked at just 1.2GHz or 1.3GHz and the performance should be nearly double. Visuals arrive through a 5-inch OGS IPS display with 720p HD resolution and storage is taken care of by 8GB flash memory and a microSD card slot.

Other key features of the Aqua Amaze are its cameras where the front flaunts a 5MP snapper and the rear, a 13MP shooter. As great as the phone’s hardware sounds, it’s the design that’s the biggest downside here. The phone isn’t the prettiest in this category, but it’s quite slim at 7.6mm.

The Intex Aqua Amaze will hits stores in India in black and light blue shades, albeit there’s no concrete release date as yet.