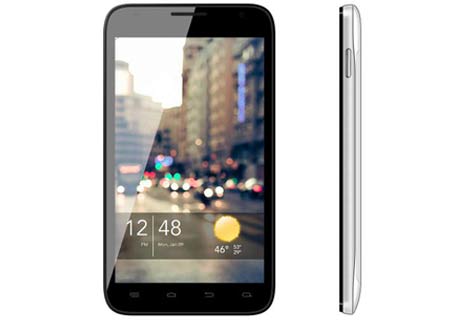 The price details for the Intex Aqua 5.0, the latest budget-friendly smartphone in the Aqua series, have been revealed. The handset isn’t up for grabs just yet, but it’s touted to arrive with a large display and a fairly good set of specification to give the competition a run for its money.

The Aqua 5.0 is the manufacturer’s fist 5-inch smartphone to run on the Android platform with a dual core processor doing all the heavy lifting. The capacitive display employed here has a WVGA resolution of 480 x 800 pixels with multi-touch input. Coming to the CPU, it is a Cortex A9 from ARM possessing a clock frequency of 1GHz, while 512MB of RAM takes it place to enable multitasking. Unlike the recently launched HTC Desire SV which supports dual HSPA networks, this handset is compatible with one 3G SIM and a 2G EDGE-capable card.

Storage needs are taken care of by 4GB of built-in memory and there’s a microSD card slot for expansion purposes supporting up to 32GB. A smartphone wouldn’t be complete without a camera and this one possesses a 5MP AF snapper on its rear with LED flash as well as a 1.3MP front-facing lens for video calling. Where connectivity is concerned, the handset features Wi-Fi and Bluetooth with A2DP. It even packs in the usual set of sensors such as Gravity, Light and Proximity. 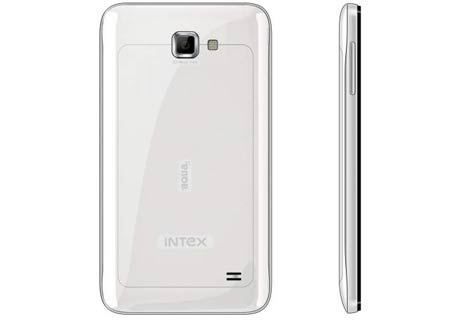 With Ice Cream Sandwich running the show here, users will have access to various Google features such as the Play store for downloading games, applications, books and much more, as well as pre-loaded apps like Gmail, Browser, Flipkart, Facebook, India Rail, Maps, Nimbuzz, Skype and YouTube, amongst others. The company is also offering a free 4GB memory card with built-in games. Powering up this piece of hardware is a 2000mAh battery that’s capable of delivering a talktime of approximately 5 hours or 8 days of standby. Buyers will have a choice of 3 color options, namely silver, blue and black.

While there’s no mention of a release date, the Intex Aqua 5.0 will be available in India for an affordable cost of Rs. 9,990. It’s accompanied by a host freebies including a 4GB memory card and a NQ antivirus subscription, all worth Rs. 700. Potential buyers will be able to pick up the handset through the company’s exclusive retail stores and various hypermarkets, distributors and resellers across the country.