Intex has just announced the launch of the Aqua 3G which is one more cheap Android smartphone from its long range of such devices. This phone features a 4-inch display and runs the Android 4.2 Jelly Bean OS. It has been priced by the company at an extremely affordable Rs 3555.

What is it that helps keep the cost down to that amount? Pretty much everything, as Intex has chosen to go for some of the lowest end specifications by today’s standards. These include a 1 GHz dual core processor which is assisted in its operations by 256MB worth of RAM. 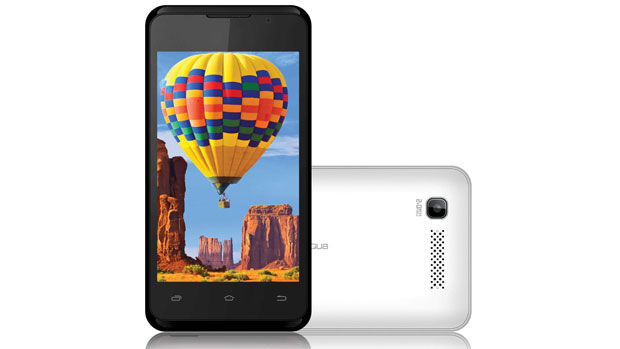 There’s just a mere 512MB of onboard storage available on the Intex Aqua 3G moreover. It’s a dual SIM device, offering support for GSM and WCDMA networks along with the dual standby feature. A 2MP rear camera as well as VGA front snapper are able to satisfy the imaging and video shooting needs of its customers.

The 4-inch display placed on the front surface of the Aqua 3G showcases its visuals in a resolution of 480 x 800 pixels. Furthermore, a 1400mAh battery also forms part of its offerings, according to its maker.

A neat look at the specs of the Intex Aqua 3G:

The Intex Aqua 3G should go on sale all over in India in the coming days. It will be made available in black, silver and white color options at the above mentioned price of Rs 3555.