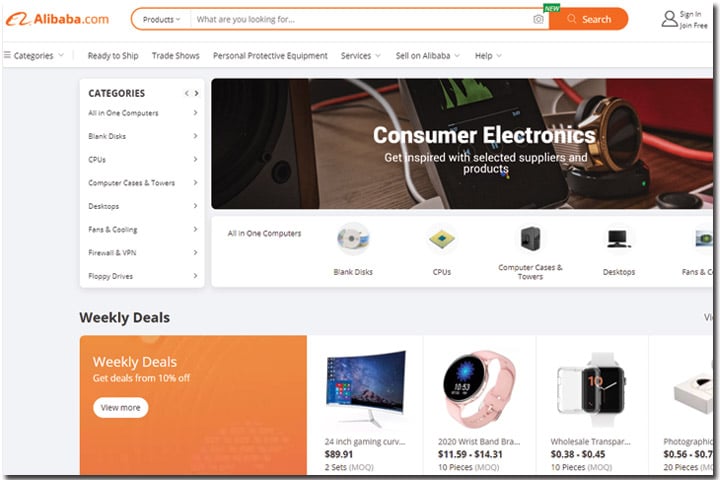 In a brief note, the State Administration for Market Regulation said that it is investigating Alibaba over its “choosing one from two” policy.

As part of this policy, merchants are forced to sell exclusively on Alibaba e-commerce platforms and skip rivals like JD.com.

“The State Administration of Market Supervision, based on reports, filed investigations into Alibaba Group Holdings Co., Ltd. for suspected monopolistic conduct such as ‘choose one out of two,'” the statement read.

Alibaba Group said in a statement that they have received notification from the State Administration for Market Regulation.

“Alibaba will actively cooperate with the regulators on the investigation,” the company said, adding that its “business operations remain normal.”

The move is “to supervise and guide Ant Group to implement financial supervision and fair competition in accordance with the principles of marketization and rule of law, and to protect the legitimate rights and interests of consumers, and regulate the operation and development of financial services”.

With China cracking down on apps especially related to video games, Apple has warned Chinese app developers that thousands of more video games will be removed from App Store.

According to a report in The Wall Street Journal citing a memo, thousands of video games face removal as Beijing tightens control of Internet.

Apple said in the memo that developers of premium games and those featuring in-app purchases “would have until the end of the year to provide proof of government license or the app would be removed”.

How is Streaming Services Technology Helping Production Houses During Covid-19