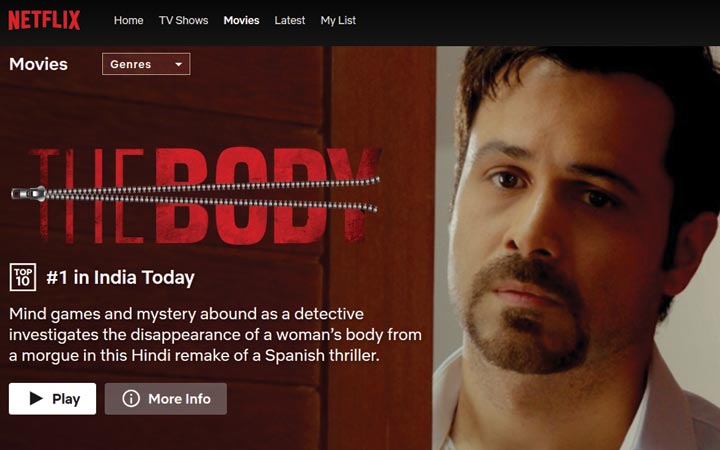 Until now, Netflix has been offering a free trial of one month for new subscribers in India. The streaming giant now plans to drop this strategy in favor of charging first-time users a small amount of Rs 5 instead. Those who are already in the middle of a free trial won’t be asked to pay up though.

In fact, Netflix India’s Help Center pages have already pulled the ‘Free Trial’ bit and replaced it with a link detailing the 4 plans that are available right now. These are Mobile only, Basic, Standard (full HD streaming) and Premium (ultra-high resolution viewing) subscriptions for Rs 199, Rs 499, Rs 649 and Rs 999 per month, respectively. 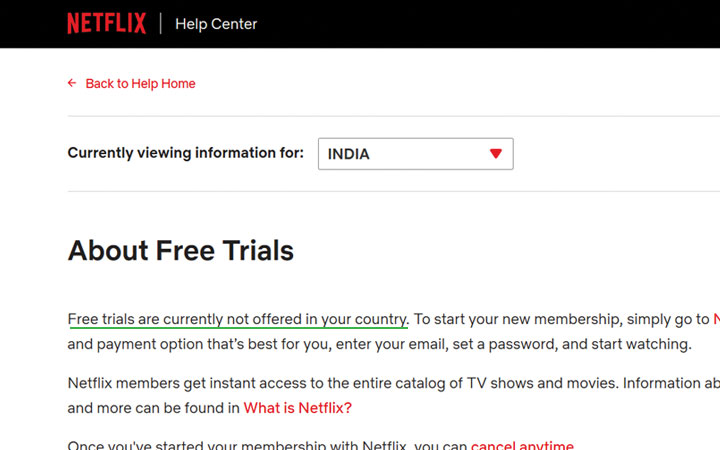 “This is a new marketing promotion designed to help more people discover Netflix. Depending on its success, we may roll it out more widely,” according to an unnamed spokesperson for Netflix.

Related news: How to Use Less Data While Streaming on Netflix

It’s not clear if Netflix is just trying to stir up some fresh conversation about it in India with this new Rs 5 trial plan or whether the company has another solid reason to make such a change. After all, a free trial is a tried and tested method to gain more users.

Hotstar will be repackaged with Disney offerings and relaunch itself as Hotstar Disney Plus starting March 29. Perhaps Netflix wants to remind audiences that it’s still here and plans to continue producing India-specific content? After all, it did announce a Rs 3000 crore investment towards this end for 2019 and 2020.

Netflix currently offers one month of free viewing only in a handful of regions such as the US, Russia, Switzerland, Portugal, Puerto Rico, Singapore, Serbia, Ukraine, Lithuania, South Korea, Macua and Kazakhstan.