TechShout
Home Internet Fintech Banking For Kids – Can It Work? 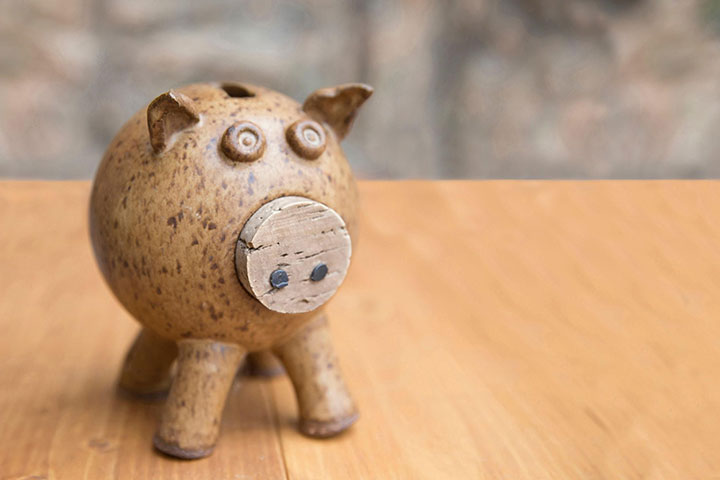 So, the time has come. Your kids are growing up and they’re starting to feel the first green shoots of independence growing in their mind. They want money to go out, watch a movie with their friends, buy new clothes – the ‘Bank of Mom and Dad’ is inconvenient now. Plus, they deserve somewhere to store their pocket money or part-time earnings.

While junior accounts have been available in traditional banks for many years now, their online, or Fintech, cousins are starting to wake up and smell the coffee. Under 18s now have a range of digital options to choose from, but it pays to be aware of the pitfalls, as well as the benefits of them.

Here’s a look at which start-ups offer these accounts, and what we can expect from them.

Tied with Swedish start-up Klarna as the most valuable Fintech company in Europe, Revolut’s success comes down to its flexibility. Its Revolut Junior feature is the latest in a line of tools offered by the firm, and opens its customer base up to 7- to 17-year-olds.

The junior account hands a lot of control over to the parents, as you’d expect, pinging them with notifications when their child makes a transaction. It also has in-built security settings which will enable guardians to control how a card is used – by prohibiting payments to mobile casino sites or restricting spending on wasteful apps, for example.

The firm has more than 10 million users worldwide, so the potential for many of them to use the service for their children is high. Time will tell if the feature turns out to be a success, though.

The UK-based start-up have gone for a more teen-oriented approach with their junior version, aimed at 16 and 17-year-olds, by insisting that it’s definitely ‘not a junior account’. This could score well among teens who are trying to leave their childhood behind, and parents might also go along for the ride, given the no fees or charges are incurred should the user spend too much on clothes or magazines.

One concern could be less noticeable parental control on this, and it does seem as if Monzo are trying to keep parents at arm’s length with this feature. There’s nothing to stop a 16-year-old from uploading their ID and gaining full autonomy over the account. However, the fact that ‘over 18’ activities are blocked should put the adults’ mind at rest.

Some firms are taking a deeper approach. US Fintech firm Greenlight has a full business model revolving around an app for kids. It claims to help children learn about financial independence from an early age, thus preparing them for adulthood.

Although still giving parents control of the app from their own smartphones, kids will be able to learn about financial features such as saving accounts, investment options and even the importance of receiving allowances for doing household chores.

Founder Tim Sheehan puts his inspiration for this down to his parents, who he says taught him important financial habits from a young age. As he grew older, he realised that not many people shared these skills, so he saw the chance to help today’s youngsters develop similar attitudes.

Following the strides made by Fintech firms, you’d expect more traditional banks to want a piece of the action. However, a quick search online suggests that the big guns are sticking to their tried-and-trusted kids accounts, rather than a more flexible prepaid option.

Santander’s banking app stands out by offering a Money Monster feature to UK users, that gives youngsters the option of storing money in a virtual ‘piggy bank’ which lights up after each deposit. Kids can also see how much is in there by shaking the device they’re using, prompting the monster to tell them.

Barclays give children the option to personalise their banking app with their favourite photo, and to also own a contactless debit card that they can use out and about.

Despite these options, there’s a feeling that these banks are struggling in the slipstream of their Fintech counterparts. Instead of giving the flexibility of a prepaid card fully controlled by an app, they’re simply offering extensions of accounts that still have to be opened in a bricks-and-mortar branch in a city centre or shopping mall.

In today’s fast-paced society that is becoming more and more reliant on convenience, this slowness to adapt to the digital world could prove costly.

The popularity of Fintech products shows that the industry is hotting up. With Generation Z pretty much born with a smartphone in their hand, Fintech start-ups are perfectly placed to take advantage of a growing digital customer base.

Fintech banks might be a very modern thing, but they follow a very old-fashioned banking maxim: ‘catch ‘em young’. Most customers stick to the same bank for life, and online kids accounts are the first step towards procuring them.

With the digitisation of society, and the huge Fintech investment behind such apps, the likelihood is that Fintech Banking for kids will work and will turn out to be the future of personal finance for decades to come.