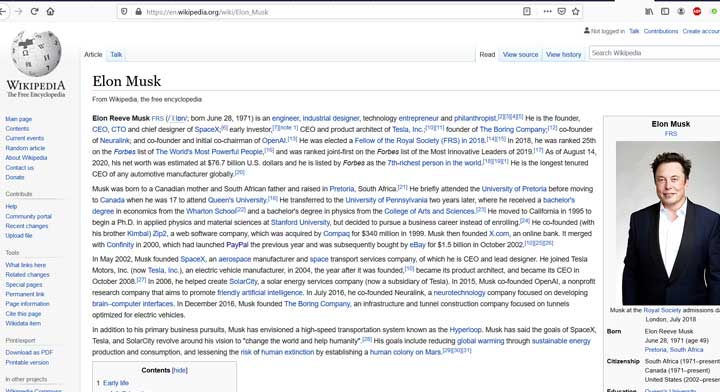 Multi-billionaire tech mogul Elon Musks Wikipedia page has been locked for editing after Tesla CEO encouraged people to “trash” him on the site.

“History is written by the victors…except on Wikipedia,” Musk tweeted on Sunday.

In a follow-up tweet, he told his followers to “trash” him on the site, which typically allows anyone to edit its pages.

“Please trash me on Wikipedia, I’m begging you,” Musk said.

The Tesla and SpaceX CEO responded to many of his followers who took up the challenge and shared their edits.

“All major wars, diseases and financial disasters of the last century can be directly attributed to Mr. Musk or one of his companies,” one user edited the page to say, before sending the update straight to Musk, who signaled his approval.

This is not the first time Musk has mentioned Wikipedia on Twitter. Earlier, he expressed disappointment with the site and its accuracy, especially regarding him.