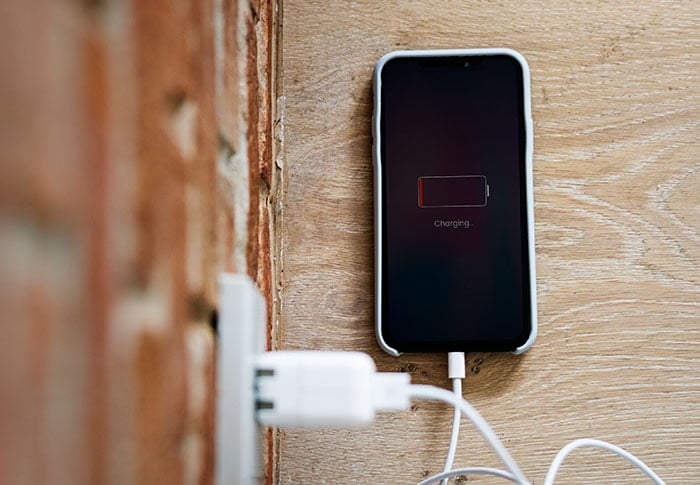 I remember, back in the day, my first Android phone was an HTC Hero. I switched from an iPhone, assuming it would be love at first sight. Unfortunately, that device (and the Android 1.0 OS) was plagued with problems. One of the biggest ones was battery life. I was lucky to eke out half of a day worth of power from that battery.

Of course, back then batteries weren’t nearly what they are now. And today’s Android platform is a far cry from that 1.0 iteration. Modern Android is sleek, user-friendly, highly configurable, and can generally last an entire day on a single battery charge.

That doesn’t mean, however, that you can’t squeeze a bit more time out of that battery. Gaining even a small improvement over battery life can make the difference between your device lasting all day, and you having to scramble for a charger. And although most offshore developers do an outstanding job of creating apps that are optimized for longer battery life, there are things you can do to improve this.

I’m going to give you some tips to help you get the most out of your Android battery. Some of these tips are geared for general Android usage, while others might only be found on later releases of the platform (such as Android 9 and 10).

This is one of those tips that could get you the largest improvement to battery life. Unfortunately, it also disables a feature that many apps depend on for a more complete experience. By default, many apps are allowed to use the GPS functionality at all times—whether they are open and in use or not. This is a big battery drain. Instead, you’ll want to switch any app that doesn’t need full-time access to GPS, such that it only has access to the GPS function while in use.

To do this, open the Settings app and go to Location > App permission. In the resulting window (Figure 1), tap any app that is listed under ALLOWED ALL THE TIME.

The App permissions window within the Location settings.

When you tap an app, you’ll see three different options:

Go through all of the apps listed under ALLOWED ALL THE TIME and make this change. One thing to be aware of is that there might be apps in that list that must have full-time access to the GPS functionality. For those apps, leave them at Allow all the time.

Chances are, you don’t need your Android screen at its brightest all day. When you leave the brightness level at max, your battery drains much faster than it would have 75 or 50%. No matter how well offshore software developers have optimized an app, leaving the screen at 100% brightness will drain that battery prematurely.

One important change you can make is to disable the Ambient EQ feature, which uses ambient light to adjust the brightness of the display. To disable this feature, go to Settings > Display and tap the On/Off slider for Ambient EQ (Figure 2). Once you’ve done that, change the brightness slider to somewhere between 50 and 75%. This will give your battery life a significant bump.

You might find that many apps are added by default, some apps can be added manually, and other apps can’t be added. For those apps that can be manually added, here’s how.

Open the Settings app and search for “battery.” When battery optimization appears, tap it and you’ll see a listing of all the apps not optimized. Scroll through those apps until you see one that’s listed as Not optimized. Tap that and, when prompted (Figure 3), tap Optimize, and then tap Done.

Adding an app to Battery optimization.

Go through the list and continue adding apps to the optimization feature.

More recent releases of Android include a Dark Mode option. The intention of this feature was to make using the device in the dark a bit less glaring. The added benefit is that enabling dark mode can help curtail battery draining on Android. This works with OLED screens because they can disable individual pixels. So when you switch to dark mode, fewer pixels are used, thereby putting less drain on the battery.

To enable Dark Mode, open the Settings app and then tap on Display. In the resulting window (Figure 4), tap the On/Off slider for the Dark theme.

Switching to the dark theme in Android 10.

Finally, you can always simply enable the Battery Saver mode. When you enable this feature, Android will throttle device performance, limit background data usage, and reduce things like vibration in order to conserve battery life.

Enabling this mode is quite simple. Pull down the notification shade twice and tap the Battery Saver icon (Figure 5).

If you find some apps not behaving as expected, you might have to switch Battery Saver off to use them.

And those are some simple ways you can help eke out as much battery life as possible with your Android device. Your best bet is to use different combinations of these options to find out which best suits your needs and usage. In the end, however, you’ll find Android battery life to be much improved.