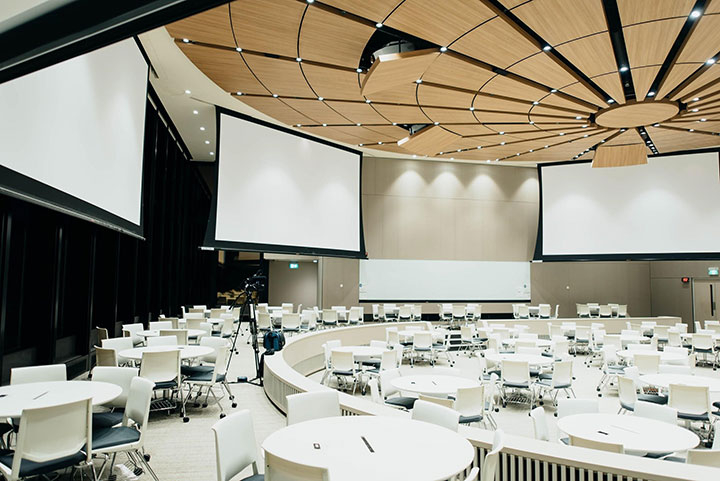 Moving with the Connected Times

Providing temporary WiFi for events, whether for exhibitors or attendees and in most cases both, has become an essential consideration. Large corporations and sporting bodies saw the value they could gain from providing WiFi at large events to increase the customer’s experience. As people’s access to Internet-connected devices grew, so did the nature of events. It was no longer just tech fairs that needed a quality Internet connection, but every event or conference could provide a much better experience with a WiFi hotspot. This trend further evolved to events needing to provide a quality Internet connection to match expectations. This begs the question of what is a quality temporary WiFi service?

Often a lot of problems experienced by event organizers regarding providing Internet for all those involved stems before the event even begins. This is often due to assuming you’ll have a good Internet connection and not actually planning to provide one correctly. Given the massive lists of things to do before an event, often anything to do with an Internet connection is far down list if at all.

Failure to correctly plan often results in weak and slow connection speeds, dead zones in the venue providing no Internet connection whatsoever, and a whole list of other problems that can negatively impact the events ultimate success. These problems are thoroughly preventable in the planning phase of the event so that the wifi hotspot for events you’ve planned will not be the negative talking point spoken about after the event finishes.

Data Collection during the Event

Even after the event has started and an Internet connection that is not slow, and meets the needs of the event there is still work that can be done to further improve on the service provided. Central to this process is the collecting of data which can then be collated and summarized to better show what impact the Internet you have provided has had on the event. Another important advantage of gathering data at the event is the positive impact it can have on future events.

One of the first data metrics to be looked at is Internet traffic, which when collected and interpreted can tell organizers a lot about attendees’ behavior. By monitoring and collecting the traffic data at the event organizers can determine which attractions where visited the most, where crowds tended to gather, and how was the bandwidth provided generally used. This data can then be compared to the signal strength in certain areas to see if this had a further impact on attendee behavior.

By conducting real-time surveys during the event organizers can gather a wealth of knowledge otherwise lost. A question all surveys compiled for during the event should include one as to whether the participant was happy with the Internet service provided. Further, providing a section on what could be improved is also fundamental to seeing value from this process.

WiFi is one of the things attendees only think about when it is not there or riddled with problems. By actively asking participants what they thought about the Internet service provided a better gauge for the success of the event can be created as well as applying lessons learned to future events.

Bringing it all Together

Determining the quality of the service provided is not the simple task of adding one and one together. From the above discussion, there are several variables to consider when evaluating the service provided. Ultimately these considered variables will point in the right direction. Obviously, if you failed to plan for the WiFi service provided as well as the needs of those attending data collected will be inaccurate and feedback will be negative therefore a quality service was not provided. Collecting data and feedback should be viewed as a method of fine-tuning the service to help ensure a quality Internet service has indeed been provided.