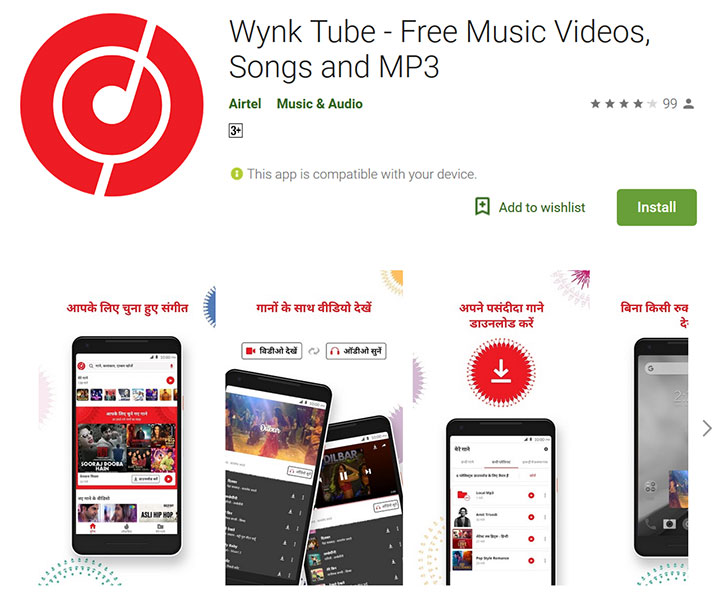 Wynk Tube, which is an extension of Airtel’s over the top (OTT) music streaming app Wynk Music, allows users to stream audio and video of popular tracks within the same interface.

Airtel said the app will be available to users in 12 Indian languages including Kannada, Marathi, Telugu, Tamil, and Bhojpuri, besides English and Hindi.

Similar to YouTube Music, Wynk Tube, which launched with a collection of over 40 lakh songs and related videos, is currently available only for Android users.

With this app, users can instantly switch between audio and video mode of their favourite tracks with a single touch, Airtel said, adding that the company has used a Machine Learning algorithm to power recommendations and personalise the app.

“Regional content and personalization through Artificial Intelligence (AI), Big Data will continue to be a big agenda for us and we hope to build Wynk Tube into one of the most popular music platforms in India with even the possibility of user-generated content as a differentiator,” Batra added.

There will be zero subscription charge for Airtel users with unlimited streaming and downloads, the company said.