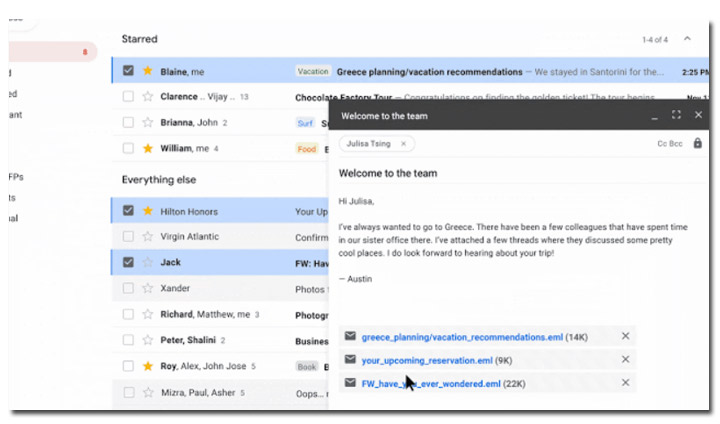 Google has finally added the feature to send emails as attachments without needing to download them first.

“We’ve heard from you that there are situations where attaching emails makes more sense than forwarding separate emails, like wanting to forward multiple messages related to a single topic. With this new functionality, you can do exactly that,” said Google in a blog post.

“Sending emails as attachments allows you to write a summary email message to your recipients, and attach the set of supporting emails that recipients can directly open in their mail client,” the company said in a statement on Monday. 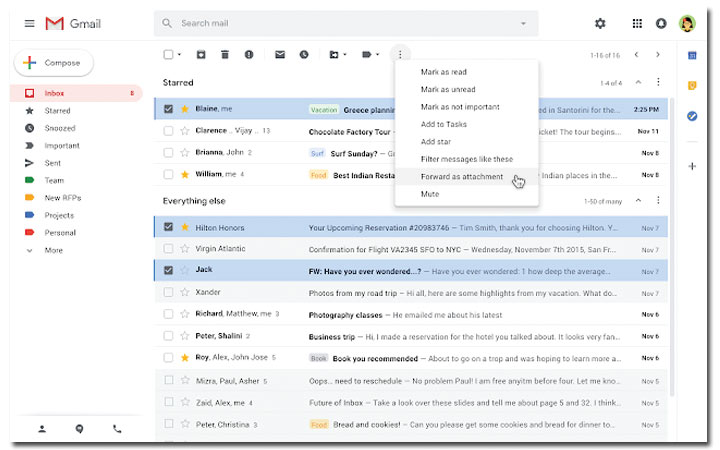 As soon as the feature arrives, a new “Forward as attachment” option in the three-dot menu will appear.

Users can either use the attach button when drafting a new email or can select multiple emails, and find the option of “Forward as attachment” in the three-dot menu.

Additionally, there is no need to create a brand new thread for replying to an email, as well. Just pop out the draft window when replying to someone, then drag and drop emails to it like a user would do while creating a new draft entirely.

The feature will be rolling out to all G suite editions gradually within the next month.

“Please note that this feature is rolling out gradually. You’ll know this feature is available to you when you see the “Forward as attachment” option in the three-dot More menu,” further added Google.