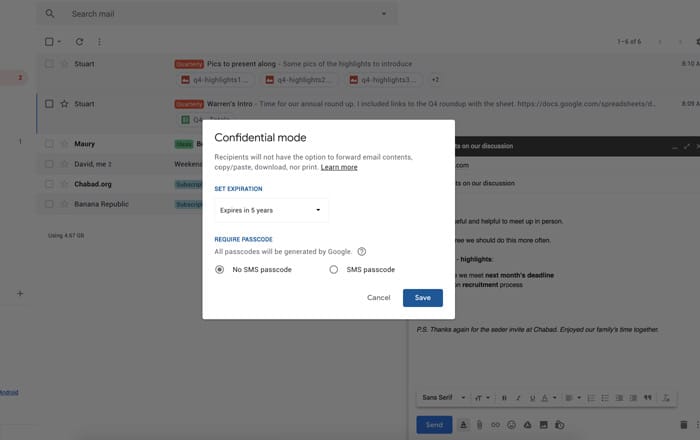 Google is all set to completely change Gmail’s interface, the first major refresh the email client has gotten in years. The company confirmed the news in a message it sent to G Suite clients, detailing a few new features which were going to be added.

Joining that list is a tool which lets users send self-destructing emails. The discovery has come to light courtesy TechCrunch which managed to get screenshots of the feature and see how it works. When composing an email, there’ll be a new lock icon with a clock on top of it. It’s called confidential mode and it’ll allow people to send missives which can’t be forwarded, copied, or downloaded.

Individuals can edit the amount of time the email sticks around, from a week to 5 years. There’s even a Require Passcode option which calls for the recipient to confirm their identity with a password sent to their phone via a text message. 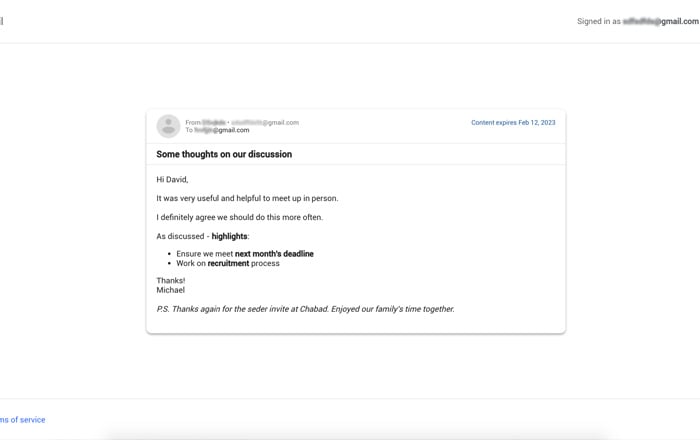 TechCrunch points out that this will allow Google to associate email addresses with phone numbers, which in turn will help personalize its targeted ads. A spokesperson informed the publication that the company stopped scanning emails for ads last year, but this doesn’t change the fact that the number and address will still be linked.

As for the recipient of this secret correspondence, they were using the current version of Gmail and got a link to view the confidential message. Clicking on the URL lead them to a page where they had to sign into their Google account to view the missive. They couldn’t copy, paste, or print it, but as you can see above, they were able to screenshot it.

Google is still ironing out the kinks in this tool, but it should be ready within the next couple of weeks when the revamped version of Gmail rolls out to everyone.