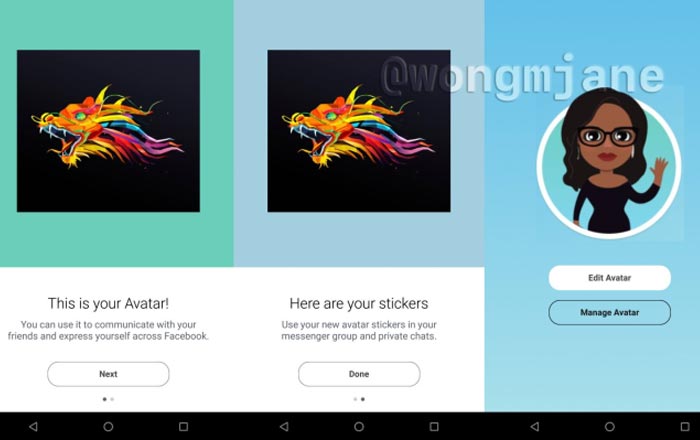 Facebook is known for cloning Snapchat’s features now and then across its suite of apps, from WhatsApp to Instagram. The latest bit of technology being copied is the latter’s popular Bitmoji which is being repackaged as Facebook Avatars.

Facebook Avatars hasn’t been announced officially yet. It was spotted by developer Jane Manchun Wong inside the company’s Android app. Just like Bitmoji, the tool will allow users to make their own cartoon with various customization options like hair style, skin color, and facial features.

Bitmoji itself was acquired by Snapchat a few years ago, so Facebook is essentially taking inspiration from its rival’s subsidiary. It’s one of the most popular aspects of the app, letting people make personalized emoji to send to friends and paste onto photos.

Also Read: Facebook’s Clear History tool will let you wipe out your data

Facebook will probably do the same, with the leaked screenshots talking about leaving expressive comments with customized stickers and sending these Avatars in Messenger groups and private chat. The social networking site may show a person’s cartoon in various emotions like happy, sad, confused, bored, excited, and angry.

TechCrunch theorizes that Facebook might use machine vision and artificial intelligence to create an Avatar for its users based on their photos. This is how its VR avatars are created, so it would make sense to extend this tech to non-VR members as well. This could raise some thorny privacy questions though, so it might not go down this path in the wake of the Cambridge Analytica scandal.

Facebook has confirmed that it’s working on Avatars, but it’s still early days. It’s not sure when public testing will kick off.