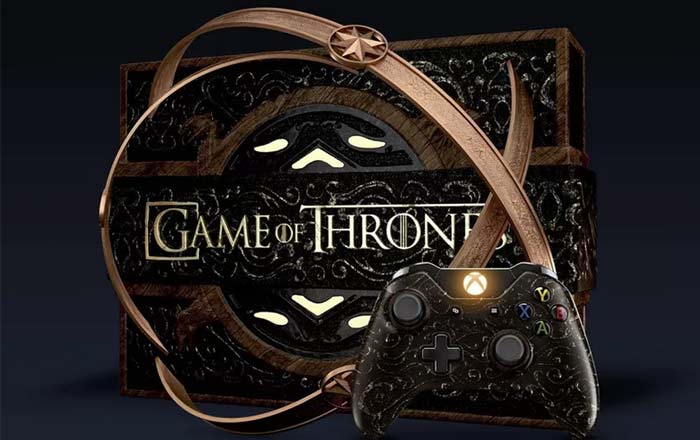 Microsoft has decided to go for a Game of Thrones tie-in in France, under which it will be selling a special edition Xbox One console. To each his own, but we found this overhaul to be extremely jarring to the eyes and a downright failure at creating an exciting console for fans to behold.

To give a 3D touch to it, the designers have decided to have the three rings from the Game of Thrones logo sticking out. As if that didn’t make it hideous enough, there is a special coating on this Xbox One to make it look medieval. Even the controller that comes alongside it has been given a GoT makeover.

Fortunately, it will be available only in France. Another good thing is that only three such variants will be produced by Microsoft France and will be given away as prizes on the company’s social media pages. They will each ship with Blu-Ray sets of the extremely popular television show.

This model being the old Xbox One variant, the console had received a fresh new 4K-capable model at this year’s E3. The Xbox One S as it’s called, will be launched in August. It will feature a smaller and lighter body, and will be able to support 4K HDR gaming.

Coming back to the Game of Thrones special edition of the Xbox One, just three units of it exist like we said. They will be offered as prizes for those who participate in Microsoft France’s social media contests.