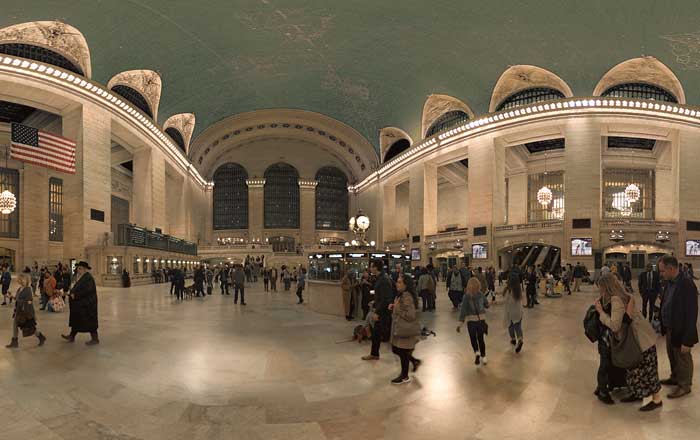 Facebook has constantly been trying to figure out ways to make VR videos more popular and mainstream over the past few months. Its most recent effort is perhaps its most ambitious attempt yet, taking up the task of shooting New York’s famous Grand Central Terminus through its open-source 360-degree camera.

The results are pretty stunning, effectively acting as an impressive showcase of the potentials of 3D filmmaking. Dubbed Here and Now, the short film is Facebook’s way of capturing how 360-degree videos can narrate personal stories on a grand scale. It also serves as a technical triumph for its Surround 360 hardware and software video capture system.

First announced at Facebook’s F8 conference in April, the Surround 360 can capture high-resolution spherical video and uses a unique stitching code to drastically cut down on post-production time. As per a blog post, Here and Now took just 5 weeks to produce thanks to utilizing the aforementioned algorithm, blending together footage from 17 different cameras.

This is especially noteworthy considering the fact that 3D videos normally take months to finish. Facebook plans to open-source software later this year in order to boost the growth of the 3D-360 ecosystem across the world. The system incorporates the design for the camera hardware and the stitching code, both of which will be released on GitHub by this summer.

Facebook’s vision sees developers taking advantage of the designs and code, while content creators can use the camera in their films. For now, it’s posted Here and Now to News Feed in standard 1K monoscopic AKA 2D format which can be dragged around to view from all angles. Gear VR consumers can watch in 3D under the featured video section in the Oculus store.