Facebook has gone ahead and introduced a new feature named Music Stories which has been aimed at letting you better discover songs shared by your friends. Right now, this trait is only accessible for owners of the iPhone, and there’s no news on when it will be making its way to devices running Android.

When you share the link of a particular song you’re listening to on Apple Music or Spotify, instead of just that link, Facebook will now render a 30-second preview for your friends to have a listen at. They can then directly continue listening to that track as long as they have the streaming from app through which it was shared, installed on their devices.

Moreover, you will also be provided with the option of quickly purchasing the music from iTunes (for Apple Music) or saving the track for listening later. Only Apple Music and Spotify are supported by the new Music Stories feature right now, but Facebook has indeed promised that more apps will be added to the list in the near future. 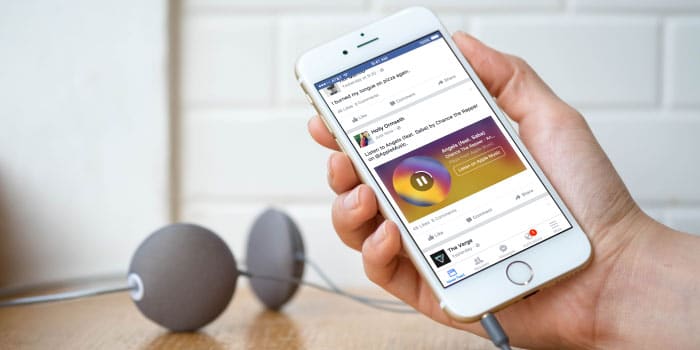 The social network reportedly has big plans chalked up in terms of music streaming. Although the company has confirmed in the past that it’s in no way interested in developing a steaming service of its own, it has said that it’s in talks with labels to create ‘something unique.’

Facebook’s new Music Stories could be one of the fruits of these talks. It can be accessed on the iPhone right now. You can watch the video we’ve posted in the space above to know more about how the fresh feature works.