Sony’s slimmest PlayStation device has landed in the UK and as we previously guessed, it’s indeed the new PS Vita Slim PCH-2000 model. If you were expecting the Vita TV, we’re sorry to disappoint as there’s no word on when it will be available in the country or anywhere outside of Japan.

The PS Vita Slim PCH-2000 was unveiled back in September. The new model is lighter than the original and it weighs lesser as well. It’s 15mm thick and tips the scales at 219 grams. Sony has replaced the OLED panel with an LCD one and the battery life has been increased by an hour, bringing the total to around 6 hours. 1GB of onboard memory is also provided. 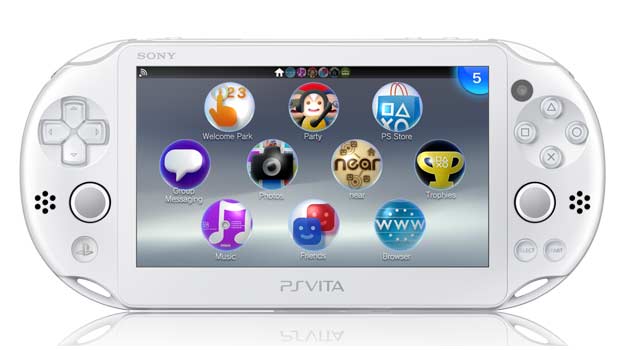 In other news, the company has announced the PS Vita Indie Game Mega Pack bundle which will retail for €199.99. It will come with 10 popular titles from the indie category. They include Alien Breed, Thomas was alone, Velocity Ultra, Men’s Room Mayhem, Coconut Dodge Revitalised, Limbo, Hotline Miami and Total Recoil amongst others.

Sony hasn’t disclosed whether the bundle will carry the slim model or not, but expect it to have a 4GB memory card and a voucher to download the aforementioned games. No specific release date has been provided for the Mega Pack, but you can expect it to arrive in stores in February itself. The memory card and games can be acquired separately for €24.99.

Those looking to get their hands on the £180 PS Vita Slim PCH-2000 will have to wait till February 7.