Microsoft’s Xbox One console has lost some serious ground in India already due to the fact that its fierce competitor, the Sony PS4, arrived in the country back in January this year. But the Microsoft gaming machine is out now with its attractive offerings that are being tendered in the form of two different packages via Amazon.

The basic version comes with the Xbox One console and a free copy of FIFA 15. It has its price set at Rs 39990. The second bundle ships with the newly developed Kinect accessory, and is hence priced higher at Rs 45990. Apart from the Kinect, it also offers free copies of FIFA 15 and Dance Central Spotlight (digital download). 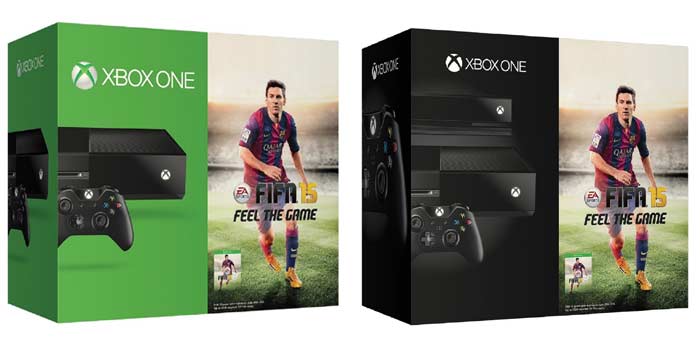 Amazon has been selected to be the console’s exclusive seller in the country, and the said website is offering a free Rs 4000 gift card with each of the two packages right now. In exchange of added charges, the e-retailer is even providing one-day deliveries.

Unlike the highly successful PS4, the Xbox One was earlier positioned as an entertainment device rather than a gaming one. This, apart from the fact that it featured a bevy of restrictions regarding used games and more, turned the tide against Microsoft’s console. Moreover, it was earlier priced a $100 more than the PS4.

The makers of the Xbox One soon changed their policies for good and abandoned most of the restrictions it was criticized for. Moreover, it also began marketing it as a primary gaming device rather than an entertainment one. And earlier this year, it removed the Kinect from its package and brought the console’s price on par with that of the PS4’s.