The much awaited Angry Birds Star Wars game is now live for download and its price details have been unveiled as well. The title is compatible with a wide catalog of systems which range from mobile platforms such as iOS, Android and Windows Phone to desktop operating systems like Mac, PC and Windows 8.

Developed by Rovio and Lucasfilm, this iteration to the long running franchise takes players on a journey into space to assist a group of Rebel birds in their struggle against the evil Imperial Pigs. Here, fans will be able to use the Force to move objects, handle a Lightsaber to cut through obstacles and much more to defeat the Pigtroopers. Angry Birds Star Wars packs in over 80 levels that are set in various locations such as the deserts of Tatooine and the depths of the Pig Star amongst others.

With hours of gameplay, the company states that players will be able to level up birds and locate secrets as well as hidden goodies. And through the Path of the Jedi in-app purchase, users can train to become a Jedi Master. In the Pig Star level, gamers will face off against Darth Vader, the dark lord of the Pigs. Rovio has also launched a cinematic trailer which features the Star Wars cantina scene and the Angry Birds in the form of their starring roles. For refresher’s sake, Luke Skywalker will be played by the Red Bird, while the Yellow Bird takes on the character of Han Solo. 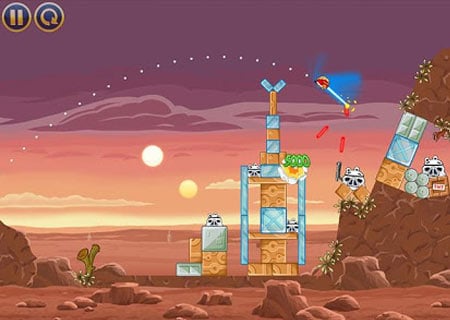 The title carries a $4.99 tag for the Windows 8, Windows RT and Mac versions, while the general PC variant for Windows XP, Vista and 7 editions costs a little lesser at $4.95. On Android, the game is free and the HD option is available at $2.99. The iPhone and iPad titles can be downloaded for $0.99 and $2.99, respectively. Rovio is also offering a host of merchandise that can be picked up through select retailers worldwide. 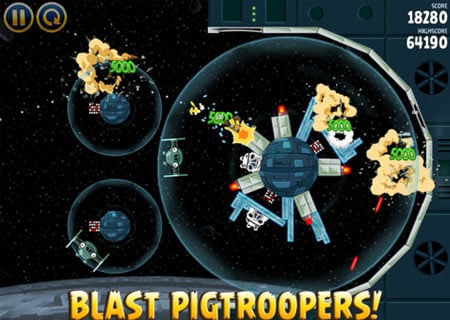 As stated above, the Angry Birds Star Wars game is now available on various platforms including iOS, Android, Windows Phone, Mac and Windows. It can even be downloaded on the Kindle Fire.