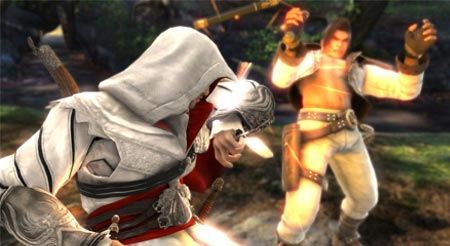 It’s a given that fighting titles always manage to excite players with their fast-paced gameplay, and publisher Square Enix will be hoping to deliver the same with its Soulcalibur V, which was released recently. Available now for the PS3 and Xbox 360, this title is said to have been equipped by its developer with new game introductions as well as expanded modes.

Although various series-favorite characters will be displaying their fighting moves in this offering, the highlight among the lot sure seems to be Ezio Auditore de Firenze, who is seen in Ubisoft’s Assassin’s Creed titles. Developed exclusively for consoles, the weapons-based fighting game kicks in a number of new gameplay features, Critical Edge and Quick Move systems being two of them.

Moreover, a creation mode provides gamers with the liberty to customize outfits for existing characters, while also generating completely new fighters. Everything from their hairstyle, voice, outfit, equipment and sizes of various body parts will be alterable through this mode. Once done with the creation process, players can flaunt their warriors online through a number of multiplayer modes. 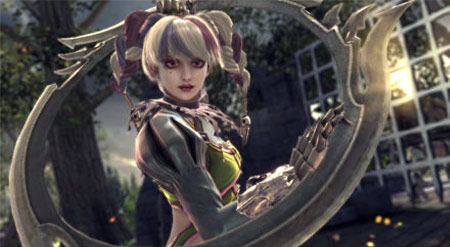 One such mode is the new Global Colosseo, which operates as a hub for the game’s community interactions. Ranked as well as Player matches would be made available to jump into, through this feature. Besides a standard version, a Collector’s Edition of the title has also gone on sale for both the consoles. This special version comprises a faux leather-bound book case, a music CD, making-of video content, a hardcover art book and the Dark Knight and White Knight downloadable armor sets for character creation mode.