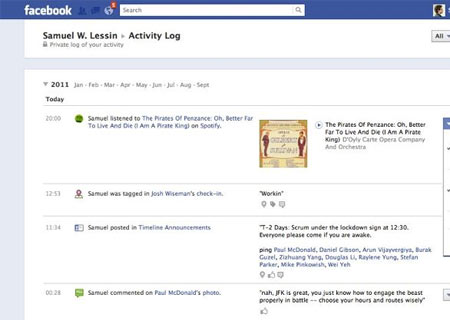 For all those who consider themselves ‘happening’, the new Facebook Timeline feature that reveals users who’ve been unfriended by their friends on the popular SNS may just be a reality check. Ok! Let’s get it straight – it offers nothing more than being able to precisely see those who have been removed from someone’s friend list. Presently, there’s no Facebook alert in real-time that indicates those who’ve been unfriended.

Mashable shares that BuzzFeed details exactly how users can see those who have unfriended them. Along with a timeline of activities engaged in over the past few years, the feature appears to be a part of the new Facebook profile overhaul. And there may just be lots of hurt going around as users mull over the friends they’ve lost.

How can users get started? First, users would have to enable the new Facebook timeline which for now seems possible only through the SNS developer page. The next step is to choose a year in the timeline and identify the ‘Friends’ box. Users will then have to hit the ‘Made X New Friends’ option and as they scroll through the list, those who’ve unfriended them will have an ‘Add Friend’ box right next to their name. Obviously users will know for sure if they haven’t unfriended that individual.

And just so that users should know ‘Unfriend’ was the Oxford word of the year in 2009. What has this got to do with this post? Maybe Facebook fans can update us, we’re all ears. They’ve contributed majorly in the coining of the term after all.