TechShout
Home Internet Minecraft for iOS and Android in the pipeline 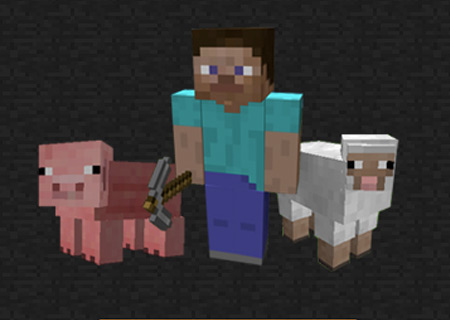 Minecraft may just have grabbed the gamer’s fanciful imagination of what it must be like to play god considering the popularity it’s been enjoying since the initial launch. It has recently emerged that iOS as well as Android are set to welcome Minecraft in the current year.

The word about this title hitting iPhone and iPad comes from Markus Persson, founder of Mojang, according to Gamasutra. And that’s not all; Kotaku has also been reporting about an upcoming version of Minecraft for the Android platform.

The iOS variant is not expected to get each and every update that the original browser and download version receives. It will obviously be built to leverage the touchscreen features on the iPhone or iPad, like most apps and games which hit the iTunes store.

Minecraft is in the beta stage at present and a full release is in the books for 2011. There’s no proper news on when the port for iOS will be completed for sure, although it is slated to be launched this year itself.