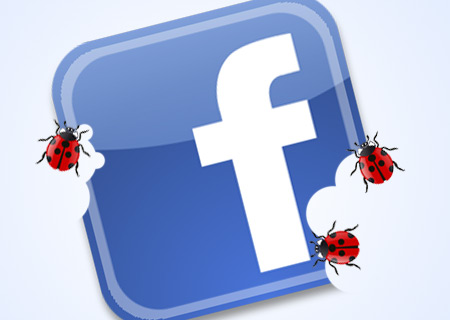 Popularity comes at a steep price and by now Facebook has learnt it the hard way with the number of Facebook scams that emerge every other day. We do realize that the complete social networking scenario isn’t as hunky dory as one expects it to be. Moreover, knowing Facebook’s ‘capability’ over security issues, it is a reason to boggle about. Nevertheless, all one needs to do is be cautious as they click through links.

What are scams all about? These are malicious links which could prove to be hazardous to great extent. Once you click on such a link, the software is capable of posting the same link onto Walls of almost all members on your Facebook friend list. It comes across as though you have posted the link, in a similar fashion how it appeared to you as a link sent by a dear one. And, in a network connected through more than 750 million Facebook users, it seems like scammers have found just the right place, isn’t it? Despairingly, one’s identity, account and personal information can be misused through a scam.

Some scams have spread like wild forest fire and caught our attention for prolonged period, be it in the form of intriguing links, events or quizzes. We have picked top 7 scams that furtively allured the site’s users across the globe.

1 – OMG! See who viewed your profile:

‘OMG,’ the famous expression from the popular Friends’ sitcom has been skillfully used here. So, those curious souls wondering who has really viewed their profile gave into the bait set by some malicious scammers. So true, Orkut has spoilt us over some security choices like who has viewed our profiles while Facebook decided not to make any such provision. What could have been a better way to allure users?

In fact, this seemed such as attractive snare that it re-appeared in varying forms like ‘Top 10 profile viewers’, I am shocked from who is viewing my profile’, ‘Your Top 10 stalkers’ and even an event invitation that would finally disclose the secret of who has viewed your profile.

As a child, we’ve always wished to do what is restricted or inaccessible. It is human nature to want what we can’t have. Facebook scammers plan to play the same trick here too. Facebook users may have dreamt of turning into dislikoholics and why not, they’ve been on a liking spree for years now. Apparently, this scam was said to be canned much faster with appropriate measures.

What could you be possibly doing in a video, right? Anxious to know, all you do is click on the link to get caught in yet another hoax trap. Just like ‘OMG,’ the ‘WTF’ also made its presence felt with several variants. The Facebook link comes through a member on your list, making it look even more real. After all, scams spread through known people who are victims of such malicious deeds.

4 – Join This Group..Amazing Things Will Happen:

With a hectic, stressed schedule, why wouldn’t you want amazing things to happen. Such superficial things seem bogus at the face of it. So, next time if someone is offering free iPhones or iPads you’ve been hell bent on owning, then better fill in your piggy bank faster than falling prey to such Facebook scams.

The rule here is to give a quick glance at the Facebook URL. Phishing can be defined as a notorious way to gain access to a user’s login details. Yes, our browsers aren’t completely safe yet and you give away your login information into unsafe hands. Social media along with Facebook topping the list has been swiftly catching attention of malicious intentions involved in such activities. So, do re-check the URL before keying in your user name and password.

The death of Osama Bin Laden was supposedly followed by an announcement by the US president that no horrifying photos will be released. However, several hoax pictures started circulating across the web within no time. Facebook scammers too had their share with attractive video headlines – Disturbing yet awesome pictures, Bin Laden execution and likewise. The Bin Laden Death video made several rounds across the social web of Facebook.

Probably it isn’t just music but money also makes the world go round. So, next time look out when your pal requests for some monitory help through Facebook. Be philanthropic only after checking with the person, or you may be fooled to lose some hard earned moolah to scammers.

Facebook scams are bound to happen. However, one can be cautious by not clicking on any suspicious links. You can report such activities to Facebook and Sophos. Also, don’t forget to warn others through Facebook statuses.