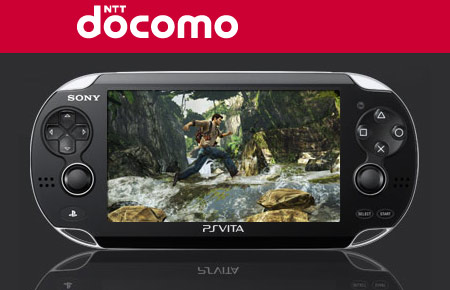 Finally, the Sony PlayStation Vita gets an official launch date as NTT DoCoMo gears up to release the device in Japan on December 17. DoCoMo will be marking its presence in this regard with two prepaid billing plans namely ‘Prepaid Data Plan 20h’ and ‘Prepaid Data Plan 100h’. Both plans are designed keeping 3G data communication needs in mind.

The 3G/Wi-Fi model of the Sony PlayStation Vita is what NTT DoCoMo intends to begin implementing the plans with. Prepaid Data Plan 20h users can look forward to gaining around 20 hours of access with the DoCoMo 3G network. Over a 30-day period, the company will offer maximum speeds of 128Kbps and 64Kbps for downlink and uplink respectively.

As for the Prepaid Data Plan 100h, it’s slated to offer 103 hours of network access over a period of 180 days. Maximum downlink and uplink speeds on offer stay the same as the 20h plan. The upside however is that users get around three hours of access at maximum speeds of 14Mbps and 5.7Mbps for downlink and uplink correspondingly in DoCoMo’s 3G networks comprising the FOMA high-speed areas.

Begin using either plan or even resume prepaid billing after either plan has expired, by paying a fee of 2,100 yen for a new DoCoMo UIM card. The PS Vita however specifically will see DoCoMo will be waiving off the fee for first-timers. As part of Sony’s campaign, owners can expect to receive a preinstalled UIM card in their system. Elaborating further on the plan, renewal needs to be carried out within a period of 44 days with Prepaid Data Plan 20h and 194 days with Prepaid Data Plan 100h. Resumption of a plan post expiry of the prepaid service otherwise will have users coughing up a sum of 2,100 yen.

While Prepaid Data Plan 20h will be available for 980 yen, Prepaid Data Plan 100h is priced at 4,980 yen. Both plans are inclusive of taxes. Getting back to the Sony PlayStation Vita, enthusiasts in regions other than Japan are going to have to wait a wee bit longer.