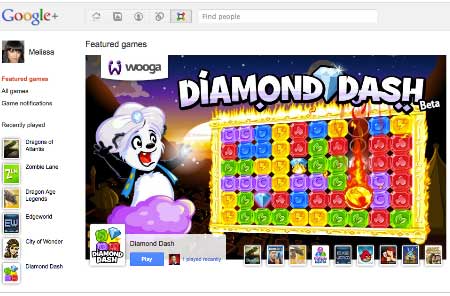 The latest unsurprising news is that Google+ Games is already here to challenge Facebook. The company seems to be rather quick off the mark with unleashing games into their social networking space considering that it’s not yet been two months since the Google+ project was launched.

Google’s interest in gaming is obviously not something everyone has been oblivious to. Over a year ago, the company was seen dropping no less than $100 million or more into Zynga. So while users won’t be growing fruits and vegetables or raising farm animals on Google+, they will be able to double their bets in Zynga Poker.

Though a handful of people may possibly disagree, it’s nice that Google won’t push these games into conversation streams. Instead, there’s a Games button which surfaces user game accomplishments that those within members’ circles can see if they’re interested in playing too. The said page also displays game updates from circles, the ability to browse invites and look at the titles played by others within the concerned user’s network.

Now that Google+ Games is slowly being rolled out to users, how much more time do we have before Questions is added to the service?