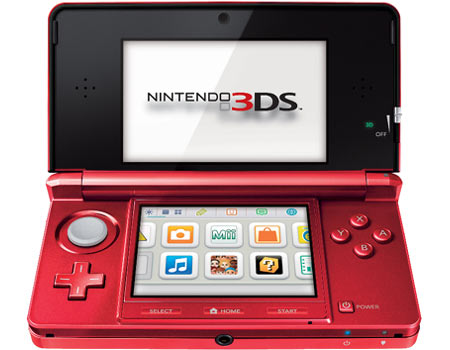 Aqua blue and cosmo black too tame for the taste buds? The flame red Nintendo 3DS will be here in early September. The only problem is that those who’ve been holding on to the purse strings may find it hard to wait until then since the price drop on the system will be effective starting from August 12, that is tomorrow.

It was late last month when Nintendo decided to take a few dollars off the 3DS’ tag amidst speculations that the company wasn’t happy with the sales figures which read at over 8,30,000 since the unit’s March 27 release in the U.S. An attempt to clear the shelves off these consoles by painting them a holiday season red, perhaps?

“Nintendo 3DS is poised to be on fire for the holidays, with its new suggested retail price, great games and our new Flame Red color,” expressed Nintendo of America President, Reggie Fils-Aime. “With major upcoming releases in the Star Fox, Pokémon and Mario series, in addition to downloadable offerings from Nintendo eShop, Nintendo Video and Netflix, the system offers new and fun experiences to owners on a daily basis.”

At any rate, the gaming console’s vibrant new color and lowered price label could probably convince a lot of people to include it in the holiday gift list. It helps that Nintendo is enthusiastically backing the portable device with an interesting game lineup including titles like Super Mario 3D Land, Star Fox 64 3D and Mario Kart 7.

The flame red Nintendo 3DS will be available starting from September 9 at the same price as the regular option.