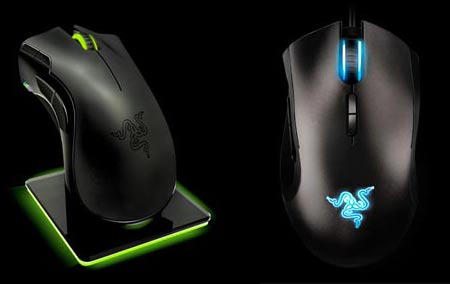 Alright, we’ve literally been thrown off balance after having glanced over manufacturers’ collection of fetching gaming peripherals for those inclined towards their world. This time, it’s new Razer 4G Dual Sensor System gaming-grade technology who has stepped into the sphere to revamp users’ encounter with their gaming sessions.

With unprecedented performance in mind, the technology benefits from both an optical and a laser sensor for enhanced tracking accuracy. The system also zooms on infusing its powerful capabilities and advanced gaming execution into Razer’s latest incarnations of the Mamba and Imperator.

“I’m really excited by the leaps and bounds we’ve come in developing the world’s most precise and advanced sensor technology. We worked closely with many pro-gamers to fine-tune the sensor under intense gaming conditions, ensuring it achieved a level of tracking accuracy that met their high-level demands,” stated Robert “RazerGuy” Krakoff, President, Razer USA.

Having laid claims to being the world’s most advanced gaming-grade technology, the 4G Dual Sensor system concentrates on delivering twice the level of tracking precision using an optical and a laser sensor. Apart from this, it also allows users to determine the cutoff height for tracking to stop when the mouse is lifted from the surface.

“The mouse is core to any gaming setup. It’s where our roots are, when we pioneered competitive gaming and developed the world’s first gaming mouse. Today, it is still one of the key areas for our R&D and it’s quite exciting to bring such a significant sensor evolution to gamers worldwide,” added Krakoff.

Features such as surface calibration, lift-off distance customization, and ten times faster surface detection than any sensor from the previous generation have been included further for an enhanced performance standard. Coming to the aforementioned Razer Mamba and Imperator, the intriguingly deigned mice take advantage of the recently introduced 6400dpi 4G Dual Sensor System for an unprecedented user experience.

The new Razer 4G Dual Sensor System is anticipated to put forth an unmatched experience for hardcore gamers. The Razer Mamba and Imperator, on the other hand, will be hitting shelves in July for $129.99 and $79.99, respectively.