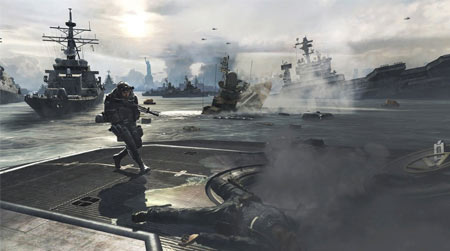 Gamers out there can gear up for some straight up shooting action as the extremely awaited Call of Duty: Modern Warfare 3 has been launched worldwide and may be picked up now for the PS3, Xbox 360 and PC. Feeding the excitement of fans, the game’s release was arranged at midnight events that were held at over 13,000 retailers across the world.

Call of Duty: Modern Warfare 3 builds upon the intense first person shooter experience provided by its predecessors. Apart from the continuing single player campaign, this game was highly awaited for its ‘re-imagined’ multiplayer features. Keeping up the series’ knack of delivering spectacular war-based titles, this game is said to hold in its store some completely new traits along with hordes of weapons and equipment options.

The limelight surrounding this title is to a large extent being hogged by a new service dubbed Call of Duty Elite which was also released along with the game. The Elite apparently allows players to squeeze out every little bit of the online features that can be taken advantage of through the title. It can be accessed via mobile devices, the web or consoles to connect with other Call of Duty gamers around the world.

What’s all the more interesting is that this service provides gamers with the ability to customize their loadouts, sync them to the game, modify in-game clans, upload HD videos and find new friends from social groups. And if that’s not enough, a premium membership of Elite would provide fans with access to DLCs for the game as well as daily competitions that will comprise virtual and real-world prizes.

“This watershed launch extends the legacy of the franchise like no other previous release. Combining the narrative punch and gameplay innovations of the next chapter in the Call of Duty: Modern Warfare series with the unique services of Call of Duty Elite will bring Call of Duty gamers together in a cohesive, fan-focused environment like no other,” commented, Eric Hirshberg, CEO of Activision Publishing. 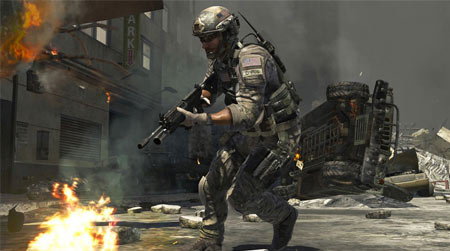 Partnerships with other companies have resulted in a number of merchandise items being doled out for the game. These include a custom made limited edition Xbox 360 console and the recently unveiled Logitech G9X laser mouse as well as the Logitech G105 gaming keyboard.

As an alternative to the PS3, Xbox 360 and PC versions, Call of Duty: Modern Warfare 3 can also be purchased as a Wii title by gamers strewn across the globe. It retails at $59.99 for consoles, whereas the Wii edition can be bought for $49.99.