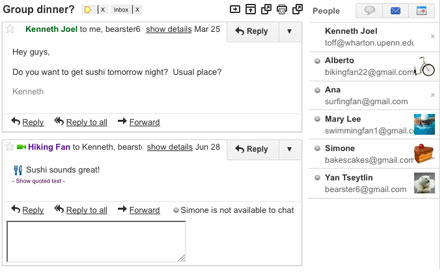 After adorning the Gmail calling feature with support for 38 languages, the email service looks all set to usher in the preview pane trait which is now available in Gmail Labs. What’s that? Sounds familiar? Oh, yes! Tablet users might recognize it from their Honeycomb 3.0 OS devices that are already equipped with this trait.

This preview pane, revealed the Gmail blog, looks to boil down the message viewing process by showing entire messages rather than just small snippets. The new attribute can be triggered from the Labs tab after which users will see a toggle button in the top right corner of their message list. Alternatives of preview and list views will be offered.

“When I check my email, I often rely on the message snippets to figure out which messages to open first,” shared, Maciek Nowakowski, Associate Product Manager at Google, on the blog. “Sometimes, though, I want to see more than snippets, which is why I’m happy to announce that you can now preview messages in your inbox using a new feature in Gmail Labs called Preview Pane.”

Users can place the preview pane, according to their convenience, at the top or bottom by clicking on the dropdown arrow next to the toggle button. Three seconds after previewing the message it shall be marked as read. But even this aspect can be modified according to users’ expediency.

For those who use Gmail on a regular basis, the preview pane addition may sound like something to smile about. For others, it is certainly not coercive enough to make a switch to Google’s email service.