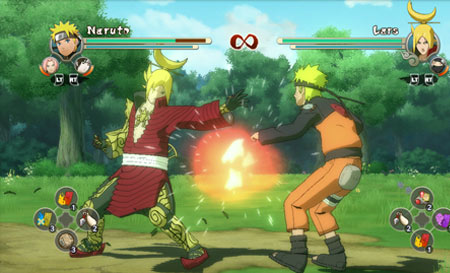 Bundled with the 1st boss battle of the title against Kakashi, players get to gambol around with Naruto and Sakura as a support character. While preventing the beastly attacks from Kakashi, they need to employ their chackra wisely. Ultimately, they need to clear his test and rob him of his bells. Gamers can gear up to experience Naruto thrills and spills in this game that is quite loyal to the anime tag attached.

Players venture through the Naruto Shippuden story arc armed with innovative battle systems that improve the gameplay. Together with the right companions who fight alongside, players increase their chances of winning. It also lets them gain maximum from the explosive Team Special Techniques when expending opponents. A first in the Ultimate Ninja series, gamers can also watch out for a new online mode.

Starting October 15 this year, both the content-packed Collector Edition and standard retail version will launch for the Xbox 360 and PS3 across Europe and the PAL territories.