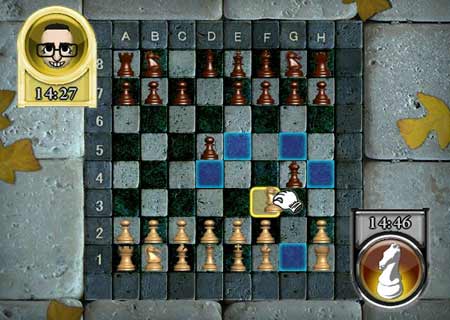 Just a little while back we had revealed just what Nintendo had in store for DSi owners. They were spoiled for choice with a limited free offer on Photo Dojo as well as other titles such as Earthworm Jim, Chess Challenge and Flips: The Enchanted Wood. Now we see WiiWare bubbling with Phoenix Wright Ace Attorney: Trials And Tribulations and Chess Challenge!, Wii style.

Phoenix Wright Ace Attorney: Trials And Tribulations is published by Capcom Entertainment and is a single player game. This offering is noted to be the third title in the acclaimed Ace Attorney handheld franchise. It brings back to the crime scene the keen character Phoenix Wright where players can experience five new cases all in first-person perspective. The game is packed with two unique gameplay modes namely Investigations Mode and Court Mode.

Investigations Mode lets gamers interview witnesses, collect evidence and survey crime scenes. In Court mode, they have to listen to testimonials, present findings and examine witnesses. The Trials And Tribulations title also comprises of the Psyche-Lock feature which includes a line of questioning which are batted out in order to uncover the inconsistencies in witness testimony.

Published by Digital Leisure, Chess Challenge! lets novices as well as expert players test their chess skills either against the computer or others. If going head-to-head with a computer, they can take advantage of the multiple difficulty modes. They can also ascend the worldwide rankings through the Nintendo Wi-Fi Connection by winning online matches and observing their rank on the online Leaderboard. The game also offers up to five different Wii Friends by utilizing WiiConnect24.

Phoenix Wright Ace Attorney: Trials And Tribulations is priced at 1,000 Wii Points while Chess Challenge! can be picked up for 500 Wii Points.