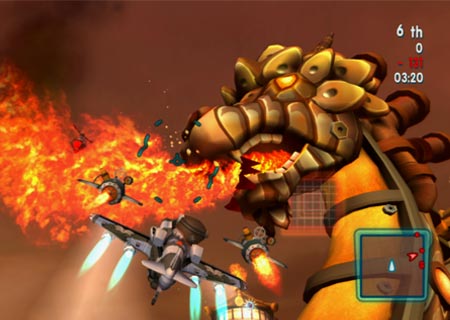 EA Play Label of Electronic Arts is all set to merge the immersive MySims world with high-speed flying action. The company reveals a new flying action-adventure game entitled MySims SkyHeroes. The latest game is the next iteration fashioned in the popular MySims franchise.

The game sees players trying to stop Morcubus and his drone army from conquering the skyways. They take on the role as an unknown pilot who will gain popularity as the game progresses. Players must fight off dangerous foes in aerial combat as well as take on massive enemy bosses and test their reflexes in fast-paced speed challenges. For that competitive edge during battle, players can build and personalize their aircraft by upgrading its wings for swifter maneuvers, changing the paint job for camouflage and even employing a speed boost.

Scott Evans, General Manager of the The Sims Studio explained, “MySims games have truly become favorites among kids, families and gamers alike, so we have challenged ourselves to take development to the next level and deliver a new style of adventure for fans with game features and MySims-style fun that can be enjoyed equally by all. We are thrilled to have many firsts with MySims SkyHeroes, like introducing epic boss battles, cooperative gameplay missions and online multiplayer, all available for the very first time in any MySims game.”

The acclaimed MySims franchise has reportedly sold more than 8 million units worldwide. SkyHeroes is the first in the series to be featured on the PS3 and Xbox 360 gaming consoles. The game includes a full solo campaign and local split-screen as well as online multiplayer which can be played against 10 friends in competitive or cooperative modes.

MySims SkyHeroes is scheduled to unveil onto the gaming terrain by autumn this year. Besides the Xbox 360 and PS3, the title is also expected to hit the Nintendo DS and Wii platforms.