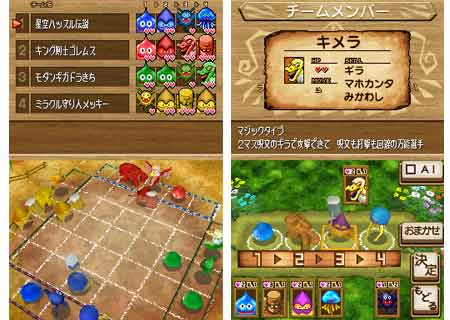 Every Tuesday we divulge to gamers many Nintendo DSiWare titles along with WiiWare ones as well. Many companies have unfurled and are continuing to fashion games in various genres especially for the Nintendo portable console. As the Nintendo DSiWare had a successful ride over the past one year, it is now seen commemorating its first anniversary with a host of new offerings.

The past year has been witness to over 150 downloadable games as well as applications. Among the array are some titles that have been specially created for the DSi platform. These include Starship Defense, Trajectile and Link ‘n’ Launch. The console’s versatility is also brought into the limelight with Art Style series games like Art Style: DigiDrive and Art Style: Pictobits. The year also dished out other titles like Flipnote Studio and Mario vs. Donkey Kong: Minis March Again!.

Nintendo isn’t the only company formulating games for the DSi portable system. Other third-party developers have also fashioned games which take advantage of the special DSi attributes. These titles include Glow Artisan, Dragon Quest Wars, Dark Void Zero and Mighty Flip Champs. Gamers can also expect to get their hands on exclusive titles like the side-scrolling street brawl from Nintendo Photo Dojo and 2-D shooting game known as Metal Torrent and X-Scape.

Besides these, they can also look forward to upcoming third-party titles like Earthworm Jim, Tetris Party Live, Surviving High School and Frogger Returns.